Barbie and her Sisters in a Pony Tail #Review

- October 20, 2013
When Top Ender was sent Barbie and Her Sisters in A Pony Tale to review, the usual noise from Big Boy was heard. A sort of groan that told Top Ender and I that if Big Boy was to watch this film, we'd all suffer later. So Top Ender decided to watch the film in her room. Which, was okay but did mean that I didn't get to watch the film and so this review is based on what Top Ender has told me.

I apologise in advance. 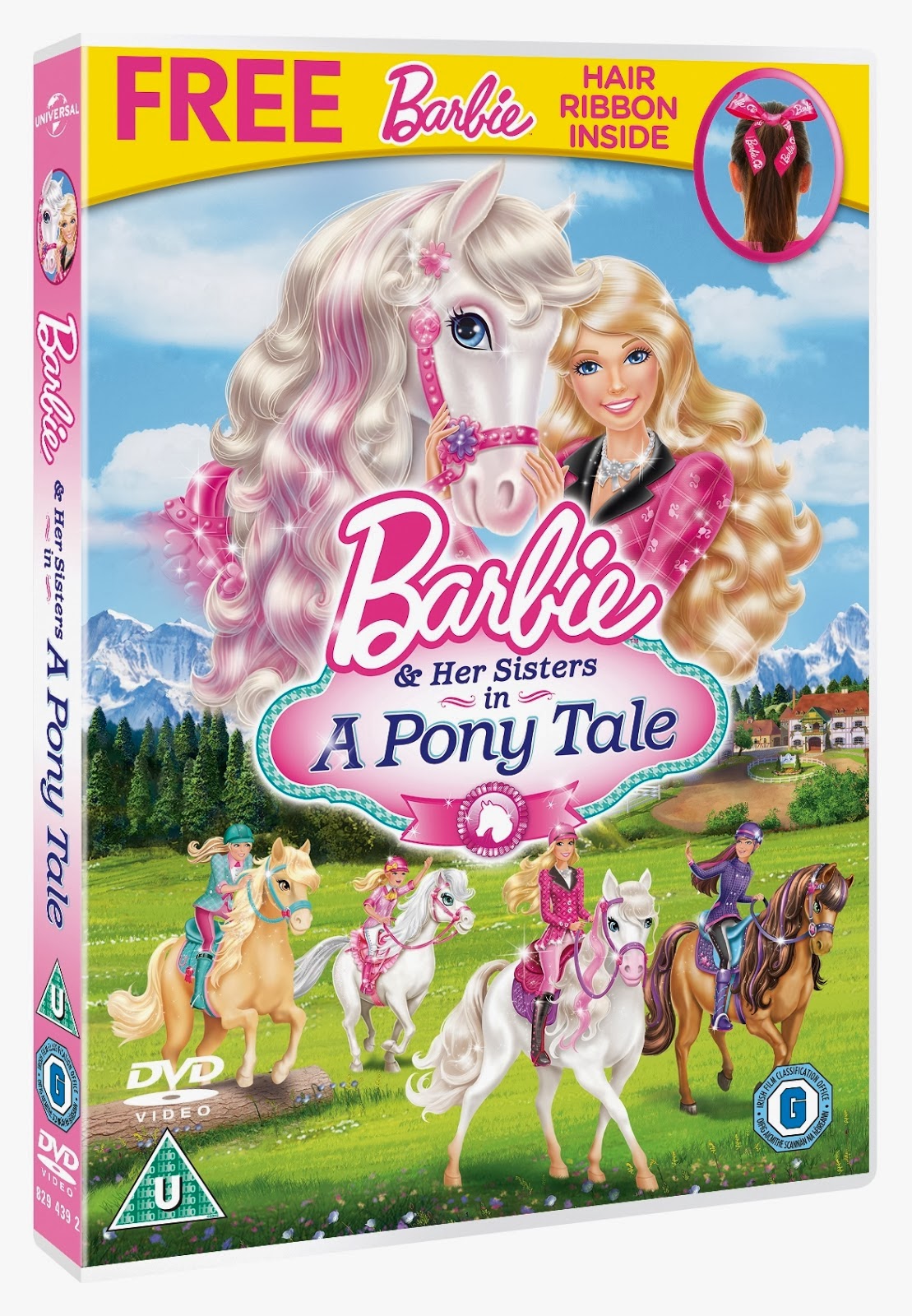 Barbie and her sisters are off to visit with their aunt who runs a Horse academy in the Swiss Alps for a month. Whilst they are there Barbie is going to enter an equestrian competition, which Barbie wants to win the Steeplechase in, but first she has to find the right horse for her.

Barbie finds that she can't choose a horse from the ones at the stables, but when she is out riding she sees a magic horse, or rather one that shouldn't exist as everyone says they don't exist and are just a myth from a story from long ago. Barbie however, finds that these horses/ponies are real and after helping one that she names Majesty she is allowed to ride her.

Now, I'm not going to spoil the rest of the plot because it's one of those plots that you can almost guess from the first ten minutes (and you'll want to watch to find out if you're correct) but it is an easy to watch film for children that will keep their attention for the full movie and might even have them asking for riding lessons if it sparks their imagination!

Now, I'd better go and see if I can arrange some riding lessons for Top Ender.
Film Review