- December 04, 2013
On Monday morning, after dropping Daddy off to the train station I noticed that something wasn't quite right with Big Boy. He wasn't his normal early morning self and with him having a higher than expected blood sugar I decided to keep him off School. It was a good call, he spent most of the day slobbed on the sofa cuddling into me and even the promise of a McDonalds didn't raise his spirits for long. We watched a Christmas movie together, which I was hoping would allow him to sleep a little so I could do a little tidying up, but the magic of the film had us both engrossed and there was no nap (or afternoon tidying session). 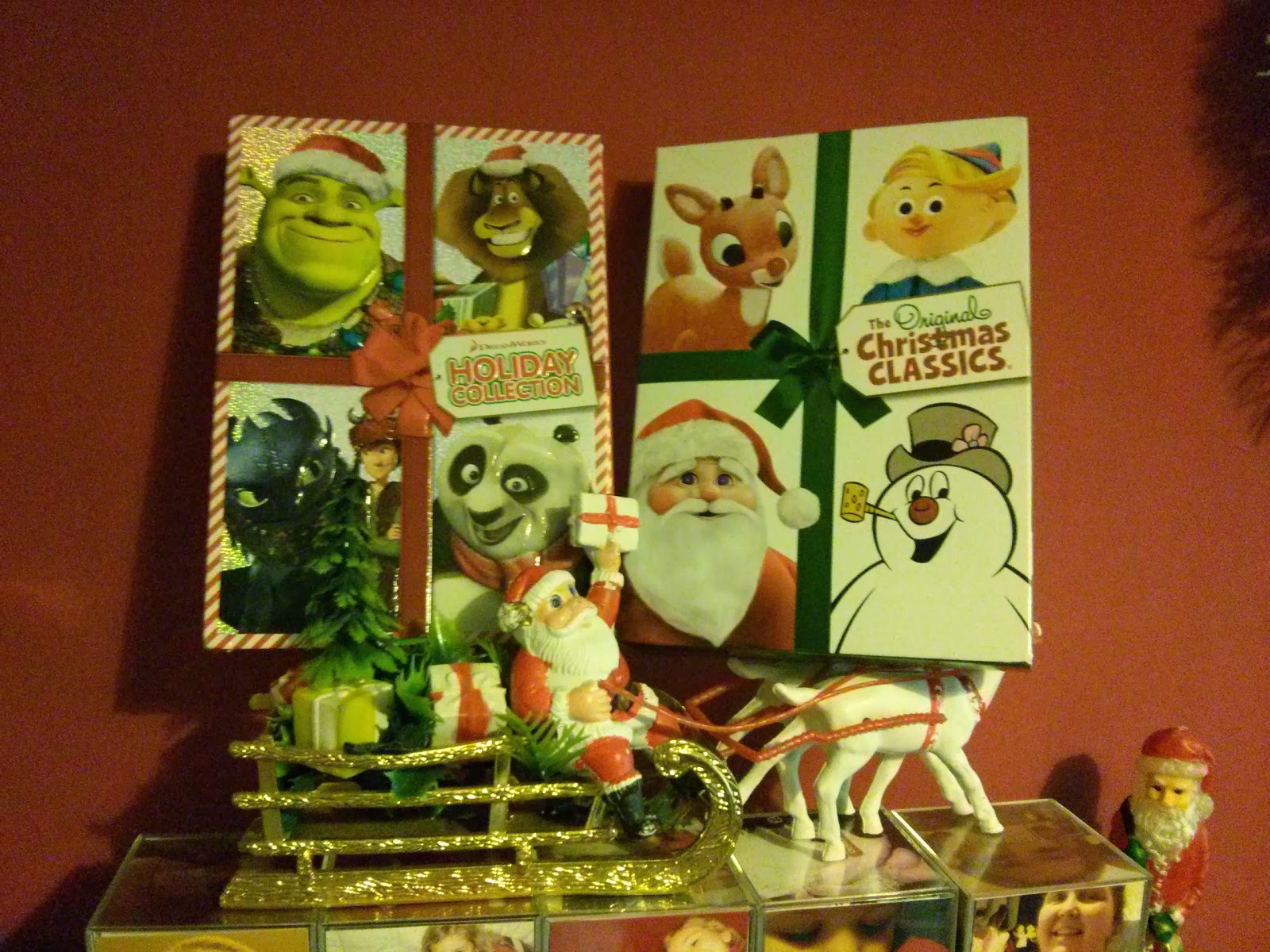 On the Tuesday morning I knew that Big Boy wouldn't be going to school. He'd been up most the night coughing and spluttering and generally feeling sorry for himself, and so had Top Ender. Both children were tired, feeling low and badly in need of a day where they could blow their noses, drink plenty of fluids and just rest. We did sneak up the City centre at one point during the day as I needed to collect a Christmas present that had been delivered to store, but for most of the day they were cuddled up on the sofa under a pile of blankets sipping a never ending supply of juice.

I'm a big Christmas Movie fan, I normally watch at least one a day in the run up to Christmas and have a rather large collection which I am always adding to, so come the afternoon, I suggested that maybe it was some time for some Christmas movie magic. It had worked the day before with Big Boy, who whilst cuddled with me on the sofa watching the film had forgotten that he was so poorly. Our lovely multi region DVD player came in handy, as I'd been sent some great DVD's that I didn't realise were Region 1 until I went to look up when they are available to buy here in the UK.

Am I odd in watching a Christmas movie a day in the run up to Christmas? Or do you have a habit which is much worse?! And I'm not the only one that thinks that Christmas movies are magic am I?

The DVD's were sent to us for review. They are available to buy on import at the minute, but you know they are great holiday films!
Christmas Family Life Film Illness Review