- December 05, 2013
I have a lot of traditions that I keep up at Christmas time, some are from my childhood, some are from Daddy's, some are ones that we've developed as a family, stolen from other famlies and some we have no idea where they came from, but we love them all the same.

We traditionally put up our Christmas decorations at the start of December, as close to the 1st as possible, which sometimes means putting them up in November! This year with the 1st December being a Sunday we were able to put them up on the 1st. We do this as we like to have our decorations up for all the Sundays of Advent, to help us to focus our thoughts on the reason for the season and because December gets really busy for us so having a free day to do the decorating is rare! Plus, with the number of trees we I like to put up, we need to start early.


A tradition I magpied from another culture happens on the 5th December, unless I forget in which case it happens as soon as I remember! After the children and I have done all our usual evening chores, we leave our shoes nicely cleaned by the front door awaiting a visit from Saint Nick (aka Sinterklass). If we've been good then he'll leave us treats in our shoes and if we've been bad, well we'll find a willow branch to be spanked with. So far we've been lucky and there hasn't been any spanking going on. 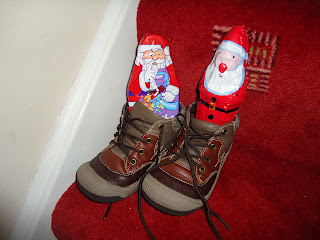 One of my favourite traditions is the annual trip to the Panto. We have done this as a family every year since 2009, when Big Boy was One. This annual theatre trip used to find Top Ender and Big Boy crashed out before the end of the performance, but they loved it as much as we did because of the noise and the repetition and because Panto's are just fun! These days they love the light whizzers and the chance to get an interval ice-cream and joining in with the songs and shouting at the Performers on Stage. This year we're off to the Milton Keynes Theatre Panto which is Snow White and The Seven Dwarfs, book your tickets now if you're still waiting!

The next tradition is our Church Nativity, before we perform it at Church (I say we, I just add volume to the songs as it's Children only in the Nativity!) we perform it at a local Old Folks Home, after which we stay and sing Christmas Carol's with the residents and have a bit of Cake or share Mince Pies with them too. It's such a small thing, to give up a couple of hours to bring some Christmas themed entertainment but it brings such enjoyment to the residents of the Home and to the Staff and I think it's important for the children to learn that Christmas isn't just about receiving. It's not until the following Sunday that we perform the Nativity at Church and then in the week after we have various Carol concerts, School concerts, the School Nativity and as I said our schedule starts to get a little filled up, but we love it.

Smooshed up through out the month are a few car rides to the homes that we know decorate the outside with more lights than might be strictly necessary and plenty of walks around the local neighbourhood to look at the Christmas lights that people have put outside their homes.

At some point there is a visit to Santa, this year we are going to visit Santa at one of our local Garden Centres and have Tea with him. We've done it before, and it's great fun being able to spend some time with Santa, have a chat with him about what we'd like for Christmas and of course get a gift to take away too. We're really lucky with Santa, that he gets to take some time out of his schedule to have lunch or tea with some children around the world. The North Pole magic brings out the magic in everyone. Again, if you're looking for something magical to do with your family this Christmas, these sessions are brilliant to get everyone feeling that special magical Christmas feeling. 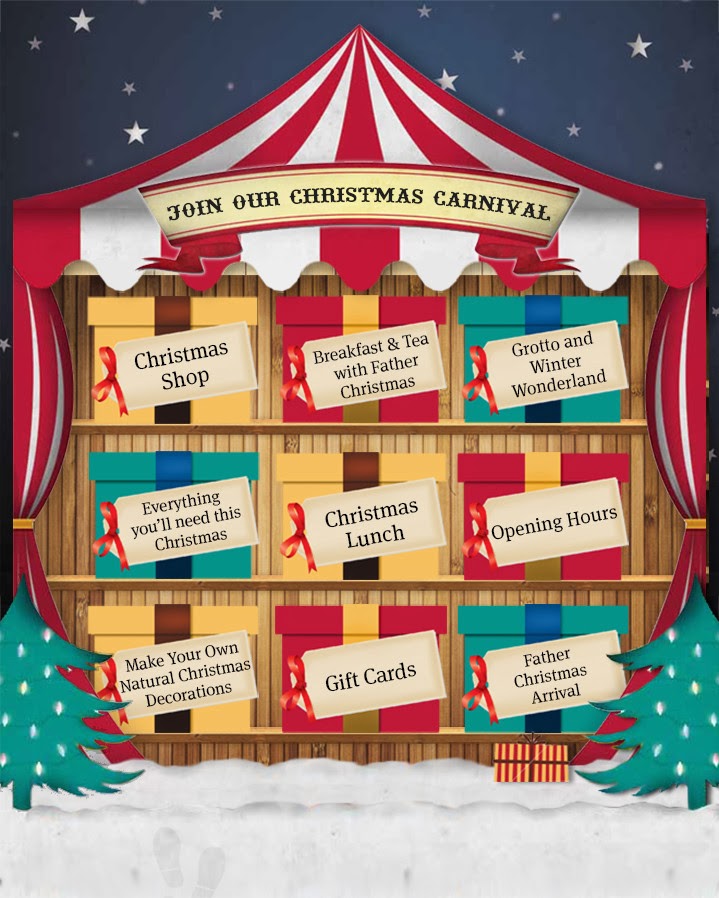 One of our last traditions that I can think of at the moment, is one which is a bit like Christmas Marmite for some. We have an Elf from the Elf on the Shelf range. Actually, we have two Elves, but that is besides the point! For us having Jingle and Belle here isn't about the threat of having to behave or if they don't then the Elves will tell Father Christmas that we've been naughty, and our Elves aren't naughty really either. For us having the Elves in the house is a bit of Christmas fun that we love to join in on. The Children love running around the house each morning finding where Jingle and Belle have hidden themselves although we're still not sure if they are romantically involved or Brother and Sister. I just love that I get to have another spreadsheet, keeping track of where the young elves have found themselves and that they bring us new pyjamas on Christmas Eve (oooh another tradition!).

Our last Christmas tradition is to take a Christmas photo, I keep a record of them on the bookshelves every December, (and annoyingly since Ikea stopped doing the paint your own frames I've had to change the frames I use) and it's so fun watching how the children have grown. And no matter what anybody says I didn't have to write the year on the back of the photo frames because I kept getting the pictures muddled up...

We have been given tickets to see the Panto and tickets to visit Santa, but if we hadn't we'd be doing it anyway!
Christmas Family Life Review