- December 08, 2013
I mentioned in our traditions post that we have tea or breakfast with Santa each Christmas and we went for tea with him yesterday. When Santa came to our table I took a picture on my phone (it's my Google Nexus, I didn't want to drop the Nokia whilst out) and somehow managed to capture the magic around Santa. Can you see it? Can you see the magic sparkles?

Before that though, we had arrived at the restaurant, we were shown to our table, which had been reserved for us with our names and dressed with festive tablecloths and colouring in mats and crackers for the children. 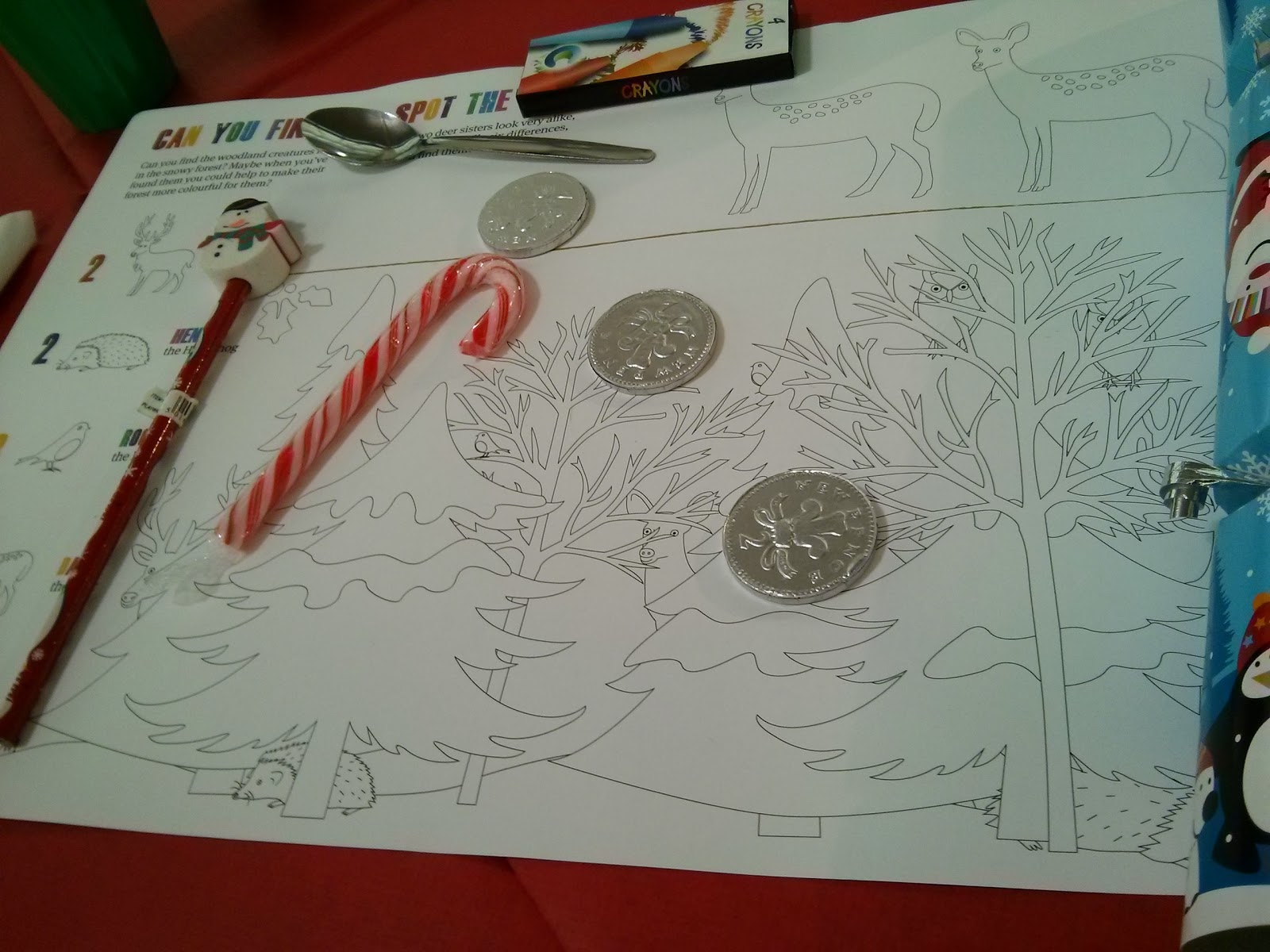 We were served some food and drink and a friendly Elf came by to make sure we had everything that we needed and wanted and to let us know that Santa would arrive after we had eaten and decorated our Gingerbread cookies. 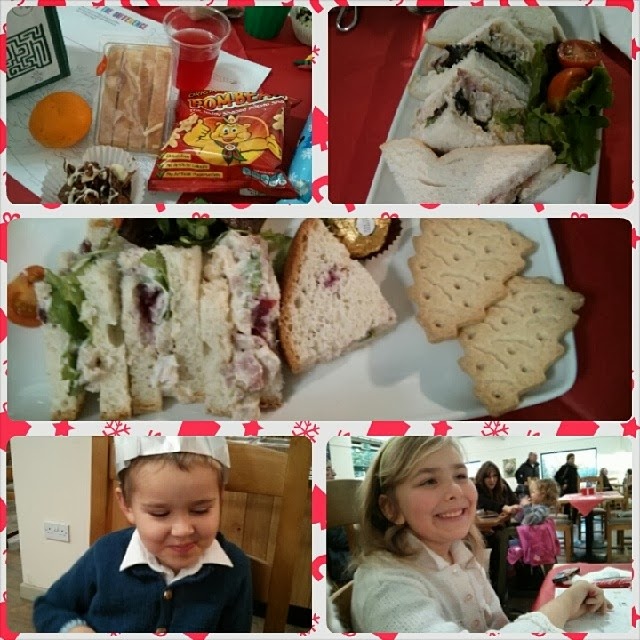 Daddy was most impressed that his meal was Gluten free and that it tasted lovely. The staff were quite knowledgeable about other products they had, including fish and chips and one lady apologised that she had put a chocolate on Daddy's plate that he couldn't eat, but suggested he might like to give it to me. I liked that lady! The children got busy eating, and colouring and chatting and decorating their Gingerbread men. Well, I say they decorated them, as far as I could see Big Boy thought it was just easier to skip the decorating and eat the icing. 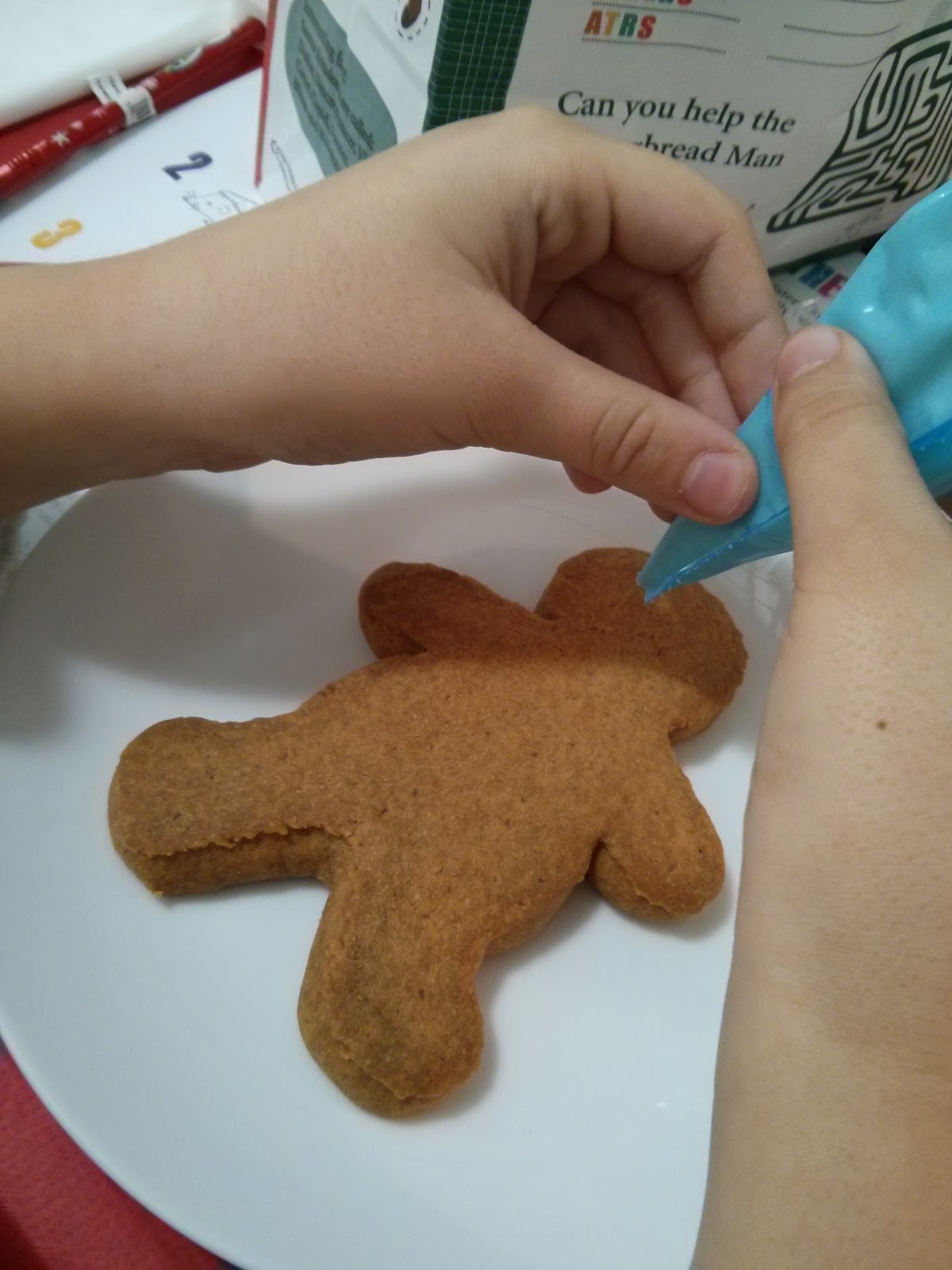 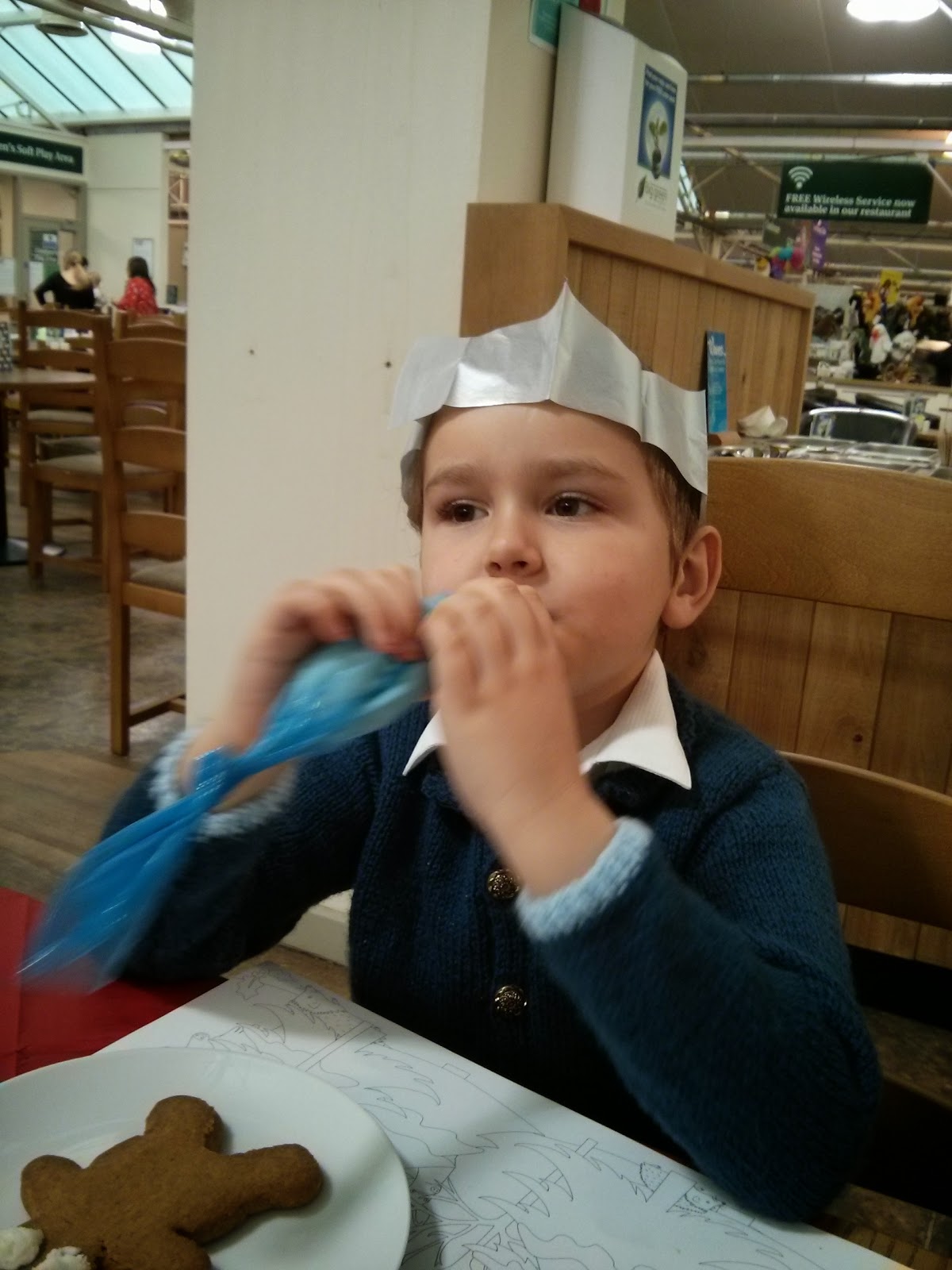 And then Santa arrived and I took the photo that captured his magic whilst he spoke to each of the children and he confirmed a few of our family traditions as being started by him. Santa asked what they'd like for Christmas and if they were having a nice time and whilst he went to the other table we were able to discuss if this was the real Santa, or someone helping him out seeing as Santa gets busy at Christmas. A little while later and we were taken off to Santa's grotto where Santa read the children a story  before letting them choose a gift from a selection he had supplied from the North Pole.

We all had a good time and I love that it was the Real Santa, proof provided with that magic photograph I think, and that he takes the same level of care visiting with the children at the grotto as he does if they were visiting him in his own home. If you want to book tickets to have Breakfast or Tea with Father Christmas, then take a look to see if there is an event taking place at a near or convenient garden centre to you!

We were gifted the tickets to see Santa.
Christmas Review