Why Big Boy isn't allowed in the Kitchen

Big Boy hasn't been allowed in the kitchen for a few days. Nothing unusual there you might think, but seeing as both the children normally have free reign over the house it is unusual for us. The problem is that a gift has arrived, a large gift that I can't put in any other room. Our garage is still drying out after being accidentally flooded by next doors burst water pipe, it's too big to put in the boot of the car, or the loft, or my bedroom and everywhere else would be really hard to keep Big Boy out of! 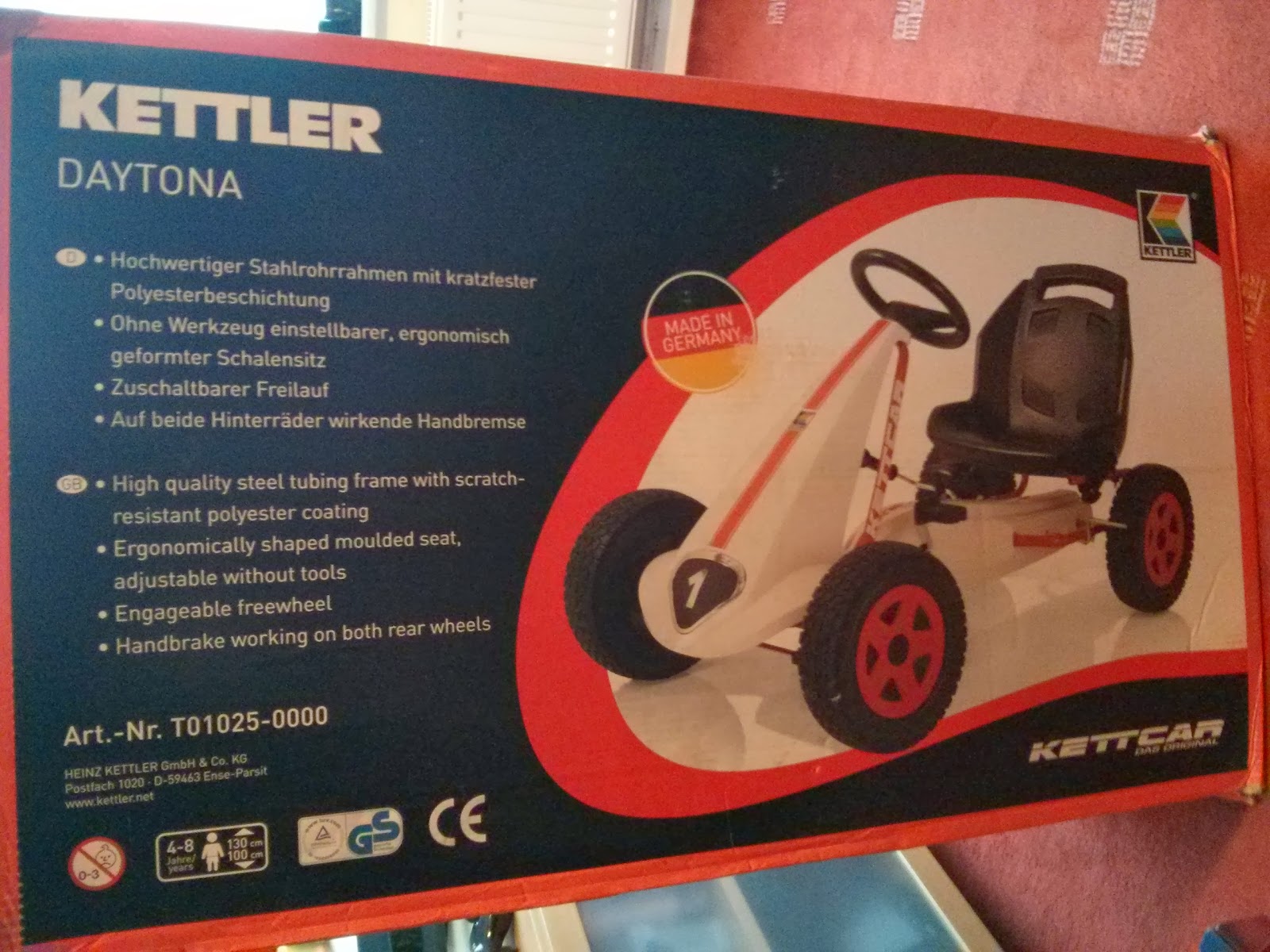 The gift is a Kettler Daytona Pedal Go-Kart, something that we were asked if we'd like to review and something which Daddy and I knew would be a great Christmas gift for Big Boy who would go nuts for it. We knew if we let him have it before Christmas, that it wouldn't matter what else we did, no matter what we did with regards to Nativity's and visiting Santa, going on Christmas light hunts, the go-kart would be the only thing that mattered to BB, so we decided to hold off on giving it to him until Christmas Day.

I have waited until Big Boy was in bed asleep before getting the packaging open and taking a look, the go-kart is seriously cool, I mean with an RRP of £159 you'd expect quality, but it is really well made. Daddy is itching for it to be Christmas Eve, so he can put it together and then wrap it before putting it under the tree for Big Boy to open on Christmas Morning.

Big Boy is aware that one of his gifts is in the kitchen, he's slightly confused as he thinks it might be food (as that's what is normally kept in the Kitchen) or possibly some cleaning products but I know that come Christmas morning he'll be over the moon!

We were given the Go-Kart to review. There will be more pictures and some video and no doubt another blog post come Boxing Day!
Family Life Review Toys