What Do You Serve When Friends Come Round After School? #Review

- December 01, 2013
Absolutely months ago, Top Ender and Big Boy invited some friends round after School to play and then to have a bite to eat together. This has happened of course ever since Top Ender first went to School and made friends, some weeks we have friends round and some weeks Top Ender will go to her friends houses. Big Boy is slightly unlucky as until he has his Diabetic Insulin Pump fitted, he can't go round to friends houses (unless Top Ender and I go too) as I wouldn't ever ask one of his Friends Mums to administer his insulin as that just isn't fair on them!

The reason we were having friends round was partly because Birds Eye had asked if we'd like to try out their new Chicken Space Shapes (RRP £2.69) and also because who doesn't like friends coming round? 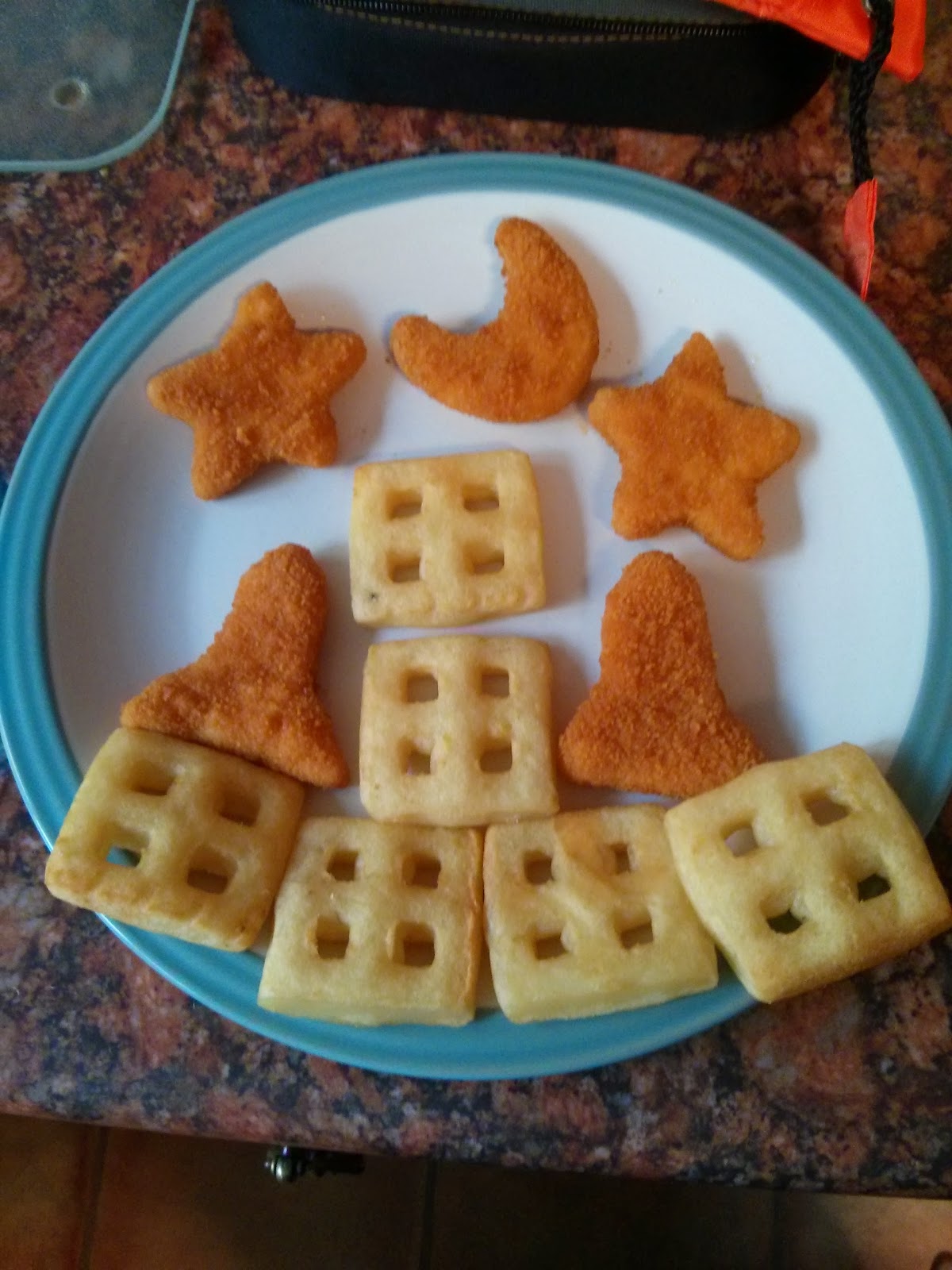 Everyone really liked the Chicken Space Shapes, the three different designs of a Crescent Moon, Stars and Rockets allowed for different designs to be made on the plates (The ones from the night were a bit blurry, but with peas and waffles it was a lot of fun!) and the Children loved them, wolfing them down within seconds of their plates being presented to them. Do you try to present food so it looks nice?

It got Playground Geek Mum (that's who the other responsible adult at this part was) and I talking about various things that we had for our evening meal when we had our children's friends round after School. Things like Sausages, Chicken Nuggets and pizza are always sure fire hits, but what else can you serve? What do you serve to your Children's friends?

There was of course pudding, which is a treat in our house not an everyday occurrence, but from what children who come to our house tell us this isn't the norm and they have puddings everyday, be it a piece of fruit or a bowl of ice-cream.

So what do you serve up with your children's school friends come round? What about if they bring an adult with them? Do you feed them too?

We were given vouchers to buy the Birdseye Chicken Space Shapes, Waffles and Peas. I liked the peas they came with a zip so they didn't spill all over the freezer.
Food Main Meal Review