- December 07, 2013
This week is an almost back to normal week, as Daddy will be home with us almost every night this week... but it's also a REALLY busy week with a lot of family stuff going on.


I am so EXCITED! We're off to have tea with Santa tonight, before I head off to do the shopping with my Mum. Daddy and I are just having a bit of cake, but we're going to have a late supper of Curried Rice Noodles with something from my new Recipes from an Indian Kitchen.


We're really looking forward to this. Well I am.


I'm loving poached eggs again at the minute, especially when with some Haddock. Hopefully the children will agree, Daddy won't care because he's staying in some posh hotel tonight! 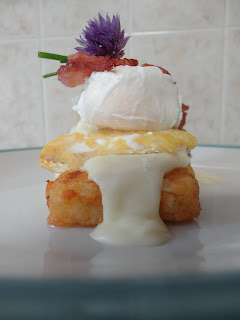 
We're off to see the Panto tonight, so we're having an early tea. I think that we're just going to go for something simple like a Hot Dog or Cheese, Tomato and Onion Toastie. Plus knowing my children and their fondness for ice cream at the theatre, it's probably wise they only have something simple!


Top Ender has gone with School today to see the Houses of Parliament and Big Ben. Our local MP invited Top Ender and the oldest few classes to come down and see what goes on following on from their topic last term. As she is going to be late home, we've decided that we're going to go for a Sausage Bean Casserole, which I'm really looking forward to.


Today Daddy and I are going to a meeting about Big Boy getting an Insulin Pump to help manage his Diabetes better. We'll be introduced to the pump, shown how it works, allowed to "play" with it and ask all the questions we can think of before going back home and taking Top Ender to the Theatre, where she is going to watch the Panto, for the 2nd time in a week!


Did you know that Santa loves Fried Chicken? Well, he does it was in a book I read (The Autobiography of Santa Claus (The Christmas Chronicles) as told to Jeff Guinn) and so we're having Fried Chicken in honour of Santa tonight.

So that's what we're eating this week, how about you?

We were given tickets to the Panto and to see Santa.
Family Life Meal Plan