- December 06, 2013
Daddy and I both think that there are a lot of educational benefits to children having easy access to their own Technology. There is a lot of research that proves this too, of course it means that you have to make sure that the children are using technology for educational purposes and not for just entertainment, but there is no reason why entertainment can't be educational remember! The way that we look at it is that the world we live in is changing (and has already changed from the one that we grew up in), and all children (and adults) are going to have to master new technology as it develops and learn how to use it in their every day lives. Allowing children to become familiar with using items such as tablets, gives them a good foundation to build on.

With this in mind, when we were asked if we'd like to review the VTech InnoTab 3, we said yes! 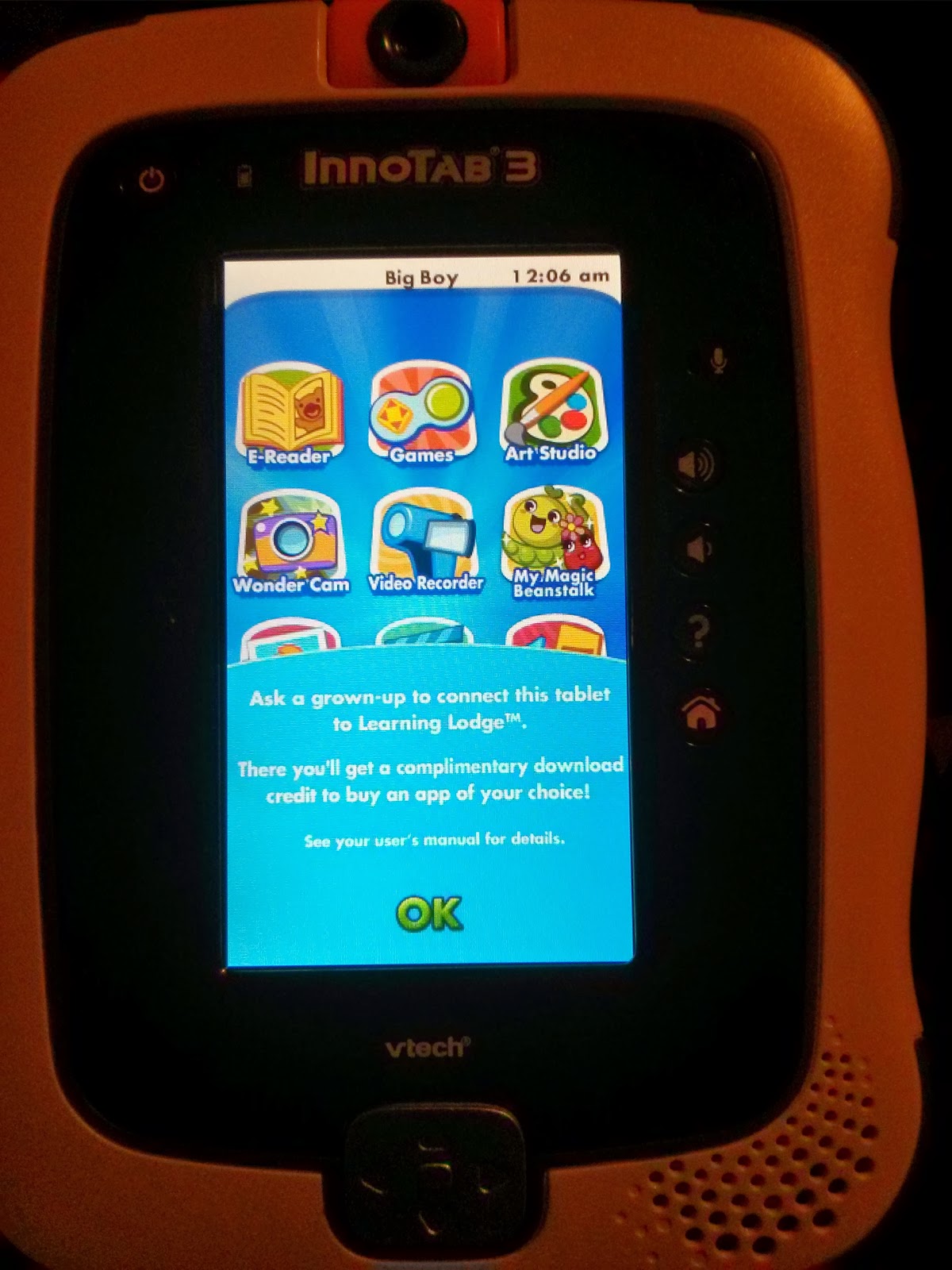 The VTech InnoTab 3 has a 4.3-inch LCD touch screen, which means that compared to a lot of other tablets in the same price range and market is a lot lighter and compact, perfect for little hands. The D-pad at the bottom of the screen, is perfectly positioned for it to be used whilst still holding the tablet comfortably and Big Boy soon discovered that he could use this instead of touching the screen to move around in apps and games and that he preferred it for some of the time.

The 2mp camera on top of the screen rotates which allows the child using the tablet (or parent trying it out!) to take selfies or pictures of a scene in front of them. The camera also captures video, and there is a built in microphone so you might want to be careful that you don't get snuck up on as you could be being recorded for posterity!

Big Boy did use the stylus, but I felt that it was a little pointless, seeing as you have a D-pad and a touch screen and I have a feeling that before long BB will be yelling that he's dropped the stylus down the back of the sofa never to be seen again.

Big Boy loved the Art Studio and quickly got the hang of how to select colours and create various masterpieces from the colouring in pictures. As he could save the images he liked, he was rather pleased as it meant he'd always have a record. 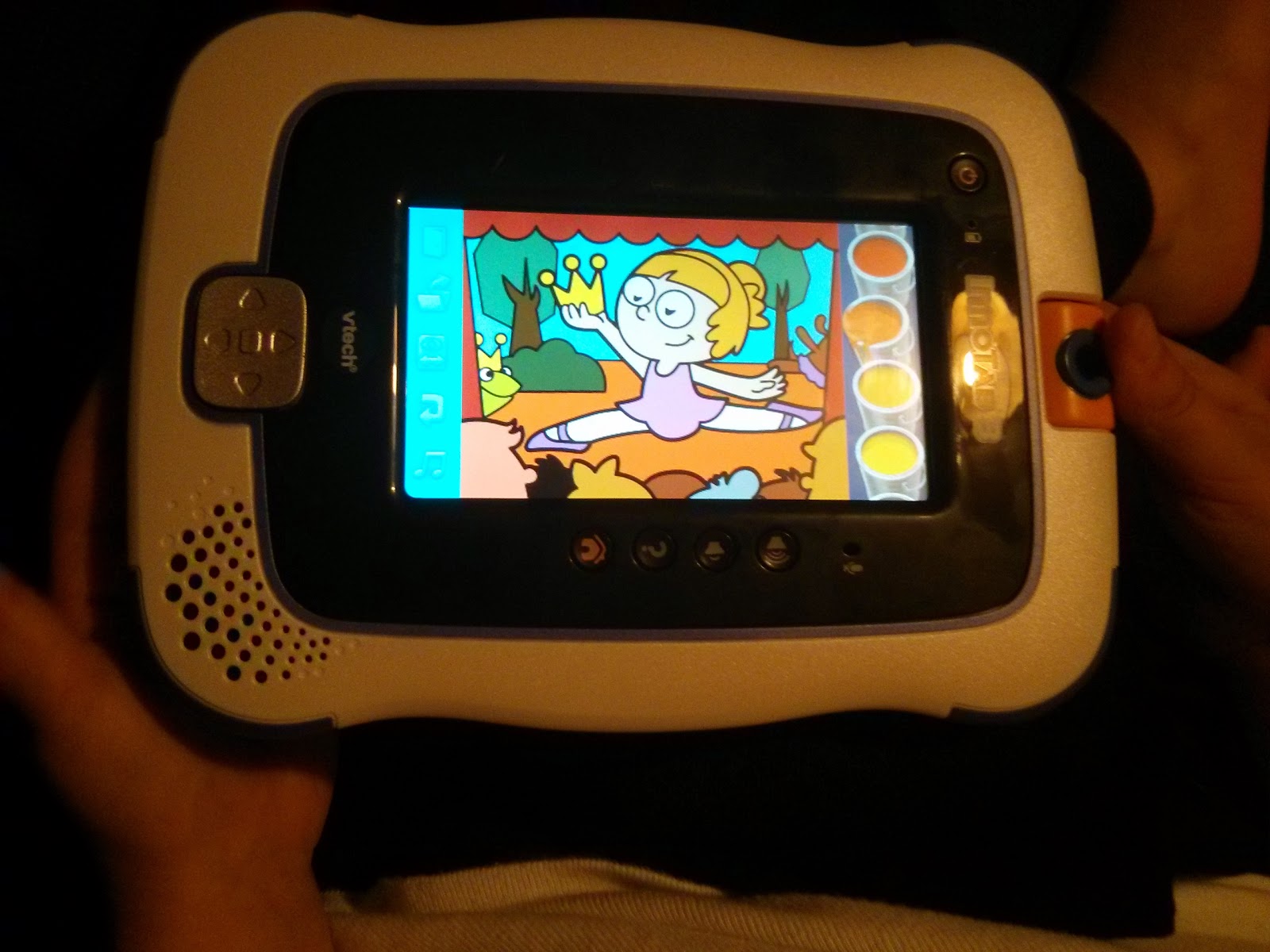 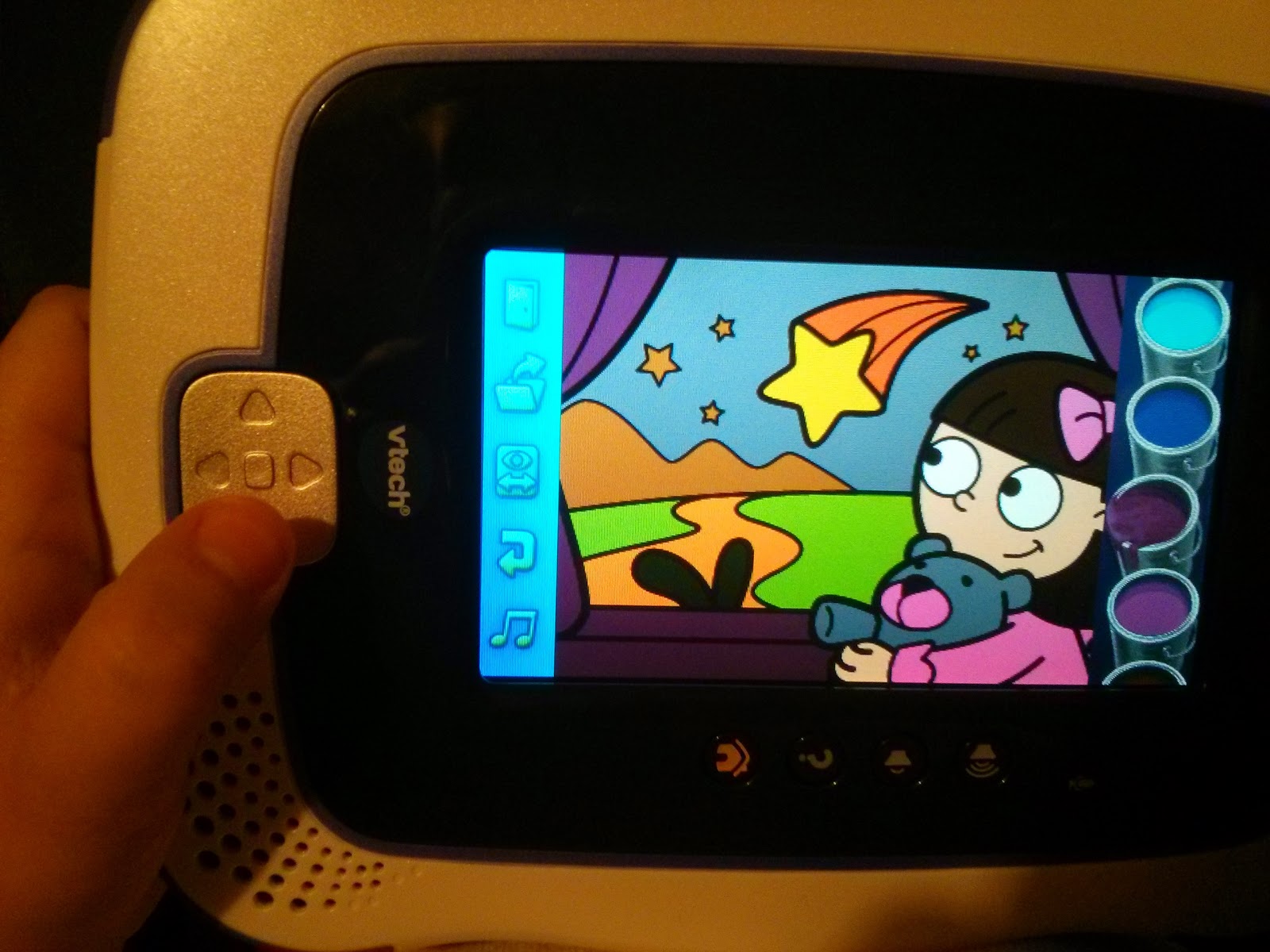 We were also sent a cartridge game, he enjoyed playing with his favourite Madagascar characters, The Penguins. I love when you can add games like this, as it means that friends and family can buy them in the future as gifts as and when they come on to the market. 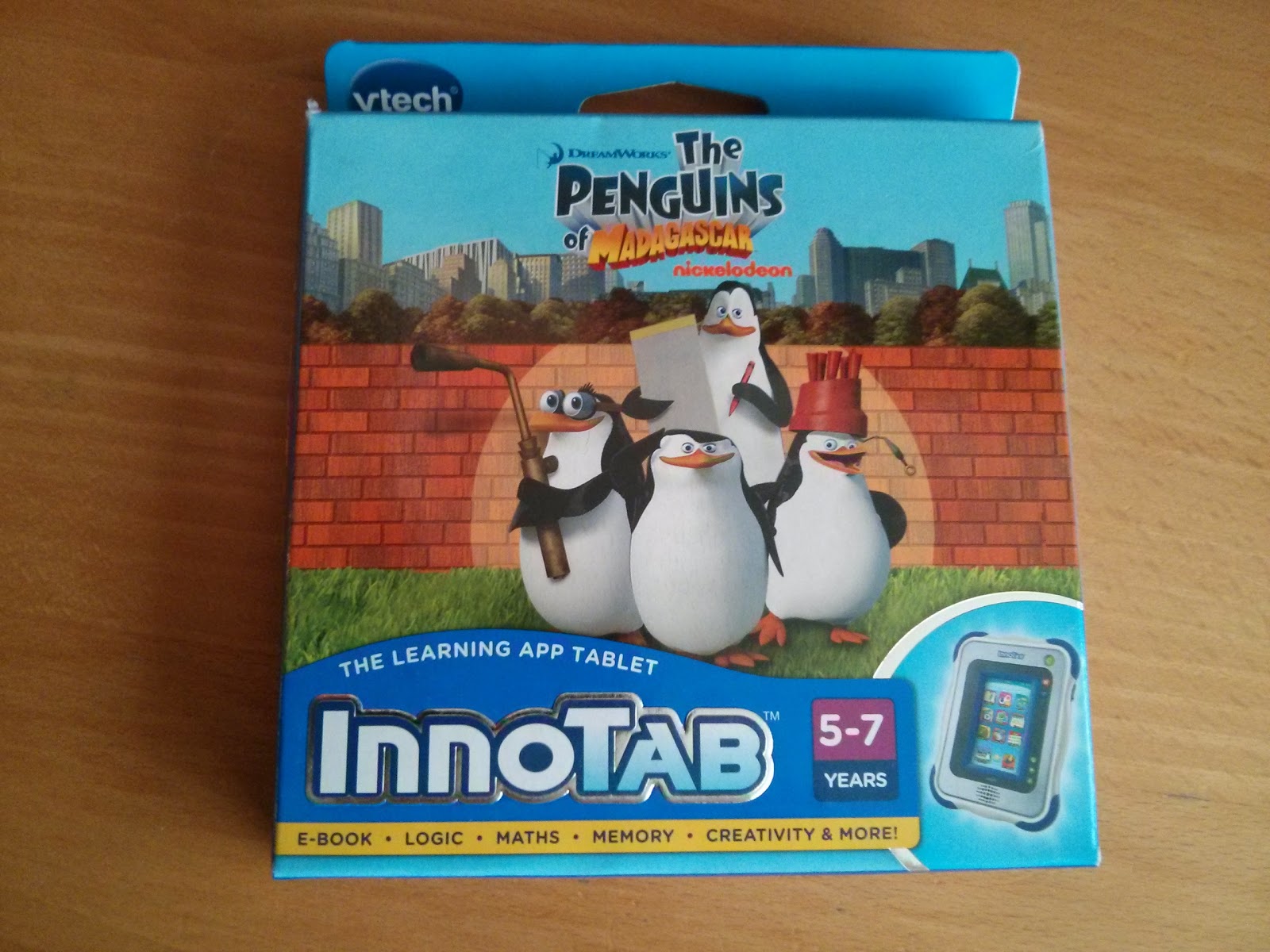 Big Boy soon found the E-reader and sat down to read a story to himself, but quickly discovered that he could get the InnoTab to read it for him. This is great as it means that children learning to read can go at their own pace, but if they get frustrated they have the back up in their own hands to help them. 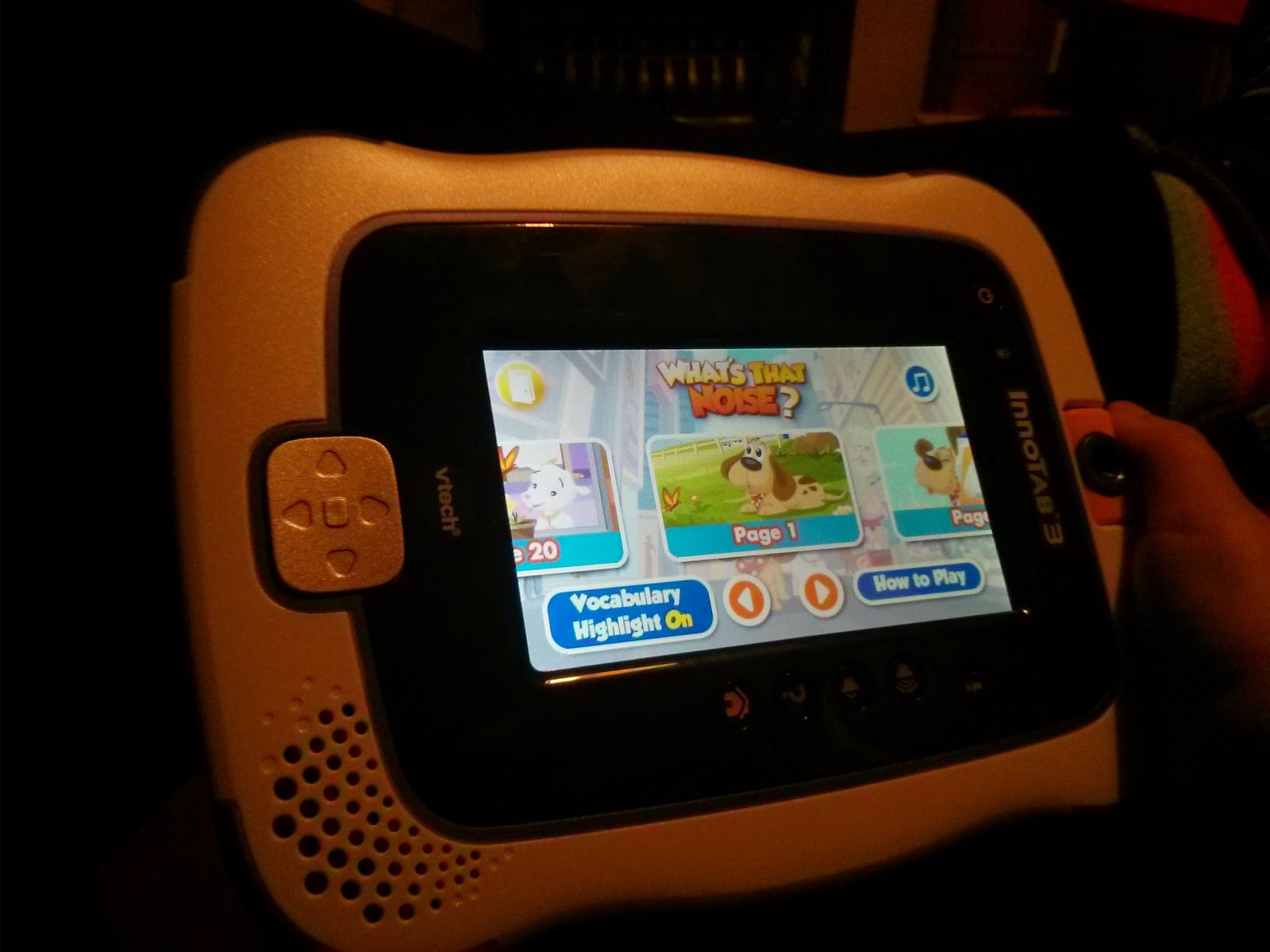 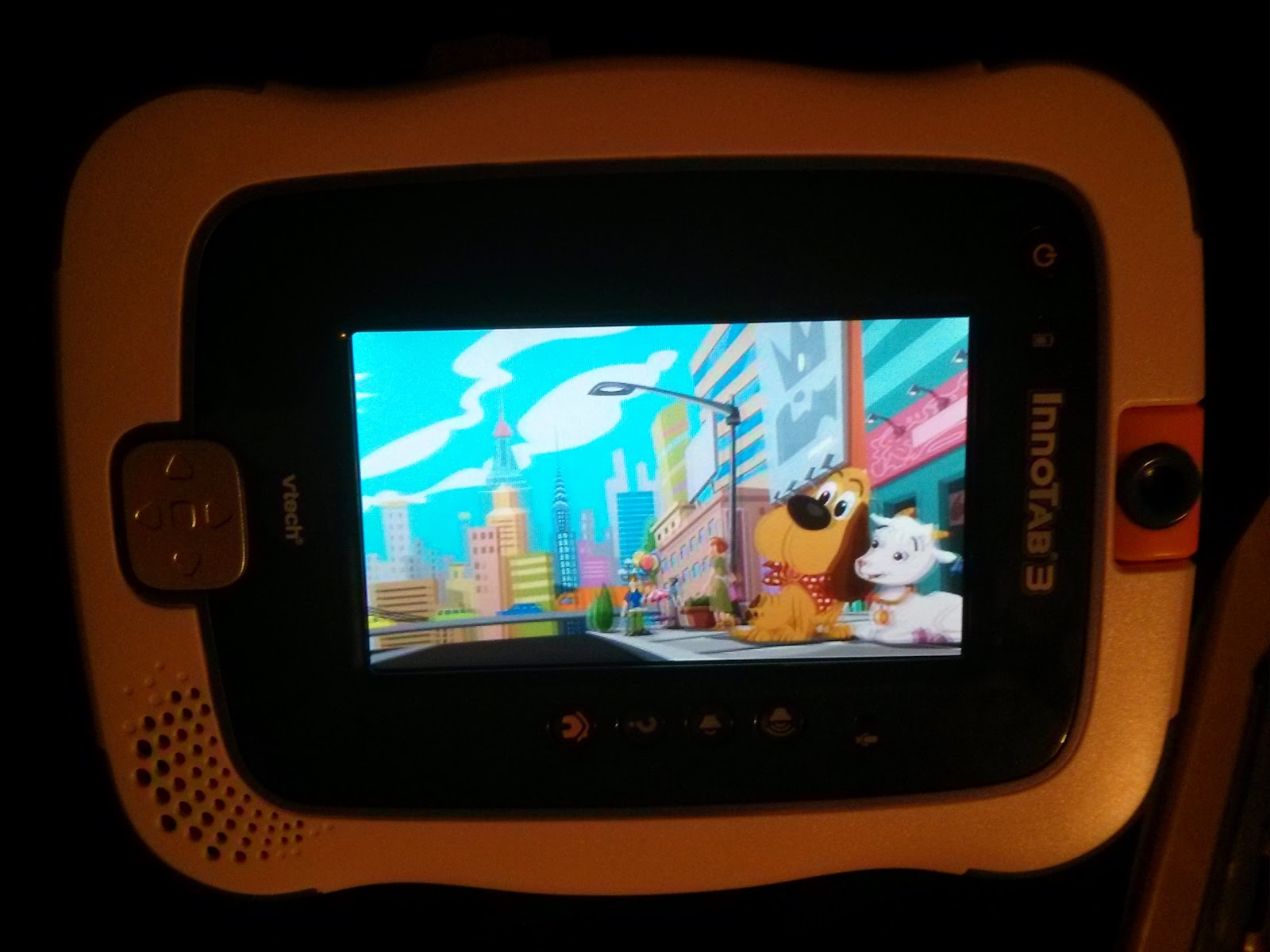 There were plenty of games that Big Boy found to play, he was playing a science game, H20 Go, where he had to guide a little water droplet past obstacles that would stop him from getting home. Big Boy was really enjoying the game and didn't realise that it was educational and teaching him about the properties of water. See fun and educational!

My sister has brought one of these for her eldest daughter for Christmas, as she is hoping that it will mean she'll get to use her own tablet more often and from the reactions that Big Boy gave to it (despite being used to having his own Android tablet) I think she might just find she will.

We were sent the VTech InnoTab 3 to review by Asda.
Review Toys