No Gas and a Power Cut

I'd been to Northampton in the morning to watch the Women's Session of General Conference with other women and girls from our Stake and had only had one minor heart attack moment when the rubber strip on my windscreen started to detach as I was driving along the M1! The conference was great and after a drive back home (more sedately along the A5) and a trip to not one, not two but three local hardware stores and a quick stop at the Supermarket with Dan Jon and Flyfour to grab some lunch (Top Ender was at the Brownies and Rainbows Birthday Sleepover and Party) meant that we didn't have long at home before Dan Jon and I, had to head out to a Faith In God event at a local Rock Climbing Centre. 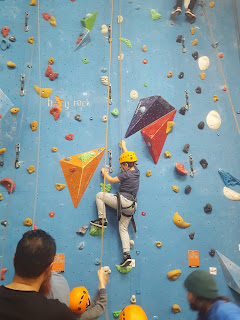 The plan for the rest of the afternoon was that Flyfour would pick Top Ender up and then together they'd make our evening meal of Cheese Burgers, so they would be ready for when Dan Jon and I arrived home and just in time for us to watch Bake Off together, with the trifles we'd specifically purchased as it was Trifle week. Only, I got a text message whilst on my way home, that there was a problem with the gas supply to the oven and the burgers weren't being cooked.

Still, at this point, we had Sandwiches to eat and so we squished together on the sofa to watch Bake Off. We had just got to the final bake and were making out predictions on who we thought was going to leave and who was going to receive Star Baker when we had a powercut.

We knew it wasn't just us, the street lights were off too and so I lit a few candles and we all carried on with our conversations and grabbed our mobiles to play some games on. 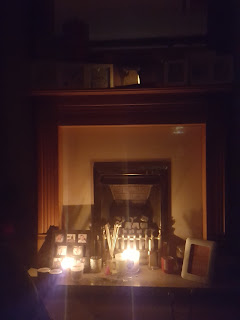 It was one of those days that will be fondly remembered in future tales about events our family has lived through and will be retold, becoming slightly more exaggerated each time it gets retold.

I can't wait to find out how this story will be respun!
Family Life Funny Home Improvements