- October 06, 2017
Do you ever get that feeling, where you think you should do something? You aren't sure why, but the feeling nags and nags at you, until you either finally give up and do the thing (or something close enough to it that you feel satisfied) or you manage to bury the feeling deep, deep down inside and forget all about it?

Well, I get that feeling all the time.

For me, that feeling is what I recognise as a Spiritual Prompting. A prompting, or a warning, or a reminder from the Holy Ghost just for me and I thought I'd share one of the most recent times that I felt it and sort of ignored it, so that you can have a giggle over it with me and maybe next time you get a similar feeling you won't sort of ignore it like I did!


So imagine a wibbly wobbly time fade effect and let's go back to the last Thursday of September! 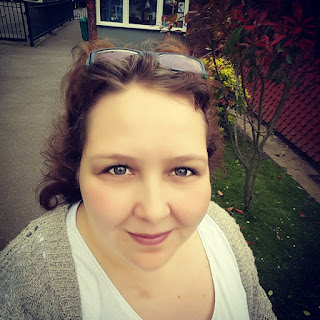 The last Thursday of September saw me finally seeing light at the end of the tunnel with regards to my Kitchen being fitted, so I was in a good mood. The chap who worked for the Kitchen fitting team had let me know that by the end of the next day everything would be in place (bar the kitchen tiles) and that the weekend would be free of tradesmen.

This was good, because that weekend was General Conference and my tradition for General Conference is to sit in my bedroom watching TV making notes for about 12 hours, sing hymns along with the Mormon Tabernacle Choir on TV (to the best of my ability) and watch all the programmes the Mormon Channel airs between sessions such as the World Report and the little adverts and the uplifting messages that my family and I love so much.

Back to the Thursday.

Top Ender had Guides later that night, and they were having a cookout so we needed to buy a few bits because we still couldn't get to anything we already owned as all the equipment she needed were in boxes in the garage.

I was also going out that evening, as we had a Stake Primary Meeting and as a Primary President for my Ward, it was important that I went.

Whilst the Kitchen fitter was finishing off, I kept getting a prompting to change into the dress I wanted to wear that evening and to get Top Ender into her Guides clothes. In the end, I settled on getting the dress out of the wardrobe and getting everything else ready (such as emptying out my handbag and getting Top Ender to change) to go. Then as soon as the fitter had left for the evening, Top Ender, Dan Jon and I bundled into the car and headed off to the supermarket.

Which was when I realised I'd left my house keys in my coat pocket, which was still hanging up on the coat hook in the house.

With it being Rush Hour and us needing to pop to Tesco it would take too long to get to my Mums (where the spare key is) via Tesco in order to get the children back to the house in time for me to go to the meeting. It wouldn't have been sensible for them to sit on the driveway waiting for their Dad to get home, so I quickly fired off a text to the Stake Primary President to let her know there might be an issue with me not being able to attend that evening and a message to my husband to let him know what I had done.

We headed off to Tesco and grabbed some sandwiches for our evening meal which Dan Jon said we should go home and eat in the car on the driveway, rather than driving to one of the nearby lakes for a walk and picnic as I had suggested.

As we sat eating Flyfour arrived home early, I assumed he had got my message and had decided to rescue us, but no, instead it was clear that he had no idea why we were sitting in the car. Instead, it turns out that he too had felt a prompting to leave work on time and had Dan Jon not also felt a prompting that we should eat on the driveway we would have missed his early arrival home.

I quickly changed and jumped into my car to drive to Northampton, where I made it JUST as the meeting started. 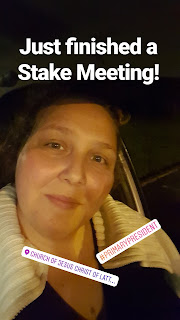 If I had changed when I had felt prompted to, I would have possibly have been early to the meeting! Instead, thanks to my husband and son who did pay attention to the promptings they received I made it to my meeting just in time.

I guess next time, I'm going to have to pay much more attention and act upon the promptings I receive!
Family Life Funny Religion