What Do You Think?

- October 24, 2017
Imagine, if you will, that you live on the edge of the trendy area of town. You live close enough to the local nightlife and restaurants that there are people who will park near your complex when they are on their way to the trendy area and you can easily people watch just by looking out of your apartment window.

Now imagine, that one weekday; not too late at night, about 9:30 pm, you are looking out of your window and you see an approaching middle aged woman standing outside of the apartment block opposite you. She isn't like the normal people who you see, on their way to a club or a restaurant or a bar and because of that she catches your interest. She's standing in the pool of light being given from a street light, so you can see her quite clearly. 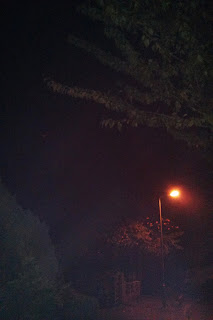 She looks nervous. You see that she has put something she was holding in her hand, into her coat pocket and her other hand is clutching at her phone. You can see the light of it reflecting on her face and you assume she is reading a text, or maybe a WhatsApp message. Her behaviour appears anxious to you. She puts her phone away and looks around, as if she isn't sure where she should be, or as if she is looking for someone.

There is a dark and shadowy gap between the two apartment complexes opposite you and before she notices, you notice there is movement there. You are suddenly fearful for this woman. She is out of place, and you've seen enough episodes of Criminal Minds to know something is about to happen. A man appears and she relaxes, so you do too. They exchange a short conversation and she passes him whatever it was that she had put into her pocket just a few minutes ago.

The man vanishes back into the shadows. Only to reappear a second later. They have a short exchange again, they giggle and walk side by side down the street and away from where you can watch them.

You sit and wonder for a moment or two. Never mind Criminal Minds, you've seen Weeds... Did you just witness a drug deal?

So what do you think? What did you just witness? I'll guess we'll never know.


(Okay. So I, unsurprisingly, was the approaching middle aged woman and I was giving some spare ketone strips to a Diabetic friend who was suffering with a bug!)
Funny