- October 11, 2017
When Flyfour and I were designing the Kitchen we wanted to get a new oven, and not just because the old one was green and starting to play up a little! We had initially thought it would be easier to just get an oven from Ikea along with the rest of the Kitchen, but we realised that we didn't want an Electric Hob and main oven, we're a gas oven family and we're also a double oven family! 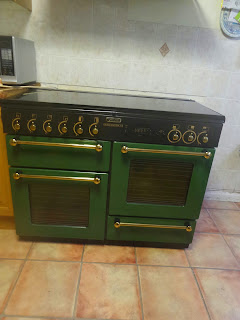 So, Flyfour and I started looking at Ovens. There is so much choice out there!

Luckily Flyfour and I had a few different stipulations over what we wanted in our oven and it narrowed the field down somewhat.

We wanted a main gas oven.

We wanted a double oven.

We wanted it to be silver.

We wanted it to be a semi-decent price.

We wanted it to have at least four hob burners.

I wanted it to have a wok burner.

Flyfour wanted it to have a griddle.

Oh and ideally, we both wanted it to be a Rangemaster.

Yeah, we're not too picky are we?!

Luckily, we found an oven which fitted all of our requirements and instead of having just a wok burner or just a griddle, it had both! The best bit, was that Rangemaster had a special offer on at John Lewis at the time we purchased it, meaning that they would come and uninstall the old cooker, dispose of it FOC and install our new one. Bargain right?

So last Friday the new Oven was delivered and it may just be one of the best bits about our new Kitchen!

I mean look at this grill.

And this warming plate rack. 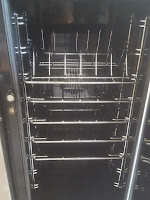 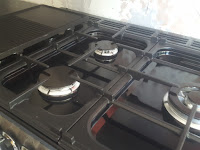 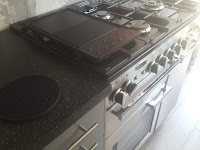 And the Work burner. 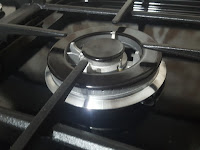 Can someone be in love with an oven? 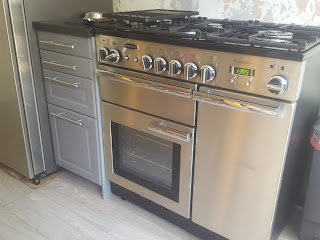 And, for some strange reason, both Flyfour and I have cleaned it every time we've used it! I say give us a month and it'll be covered in boiled over pasta water and burnt on "something" and both of us complaining about how the other one never cleans it!
DIY Family Life Home Improvements Making A House A Home