Pippa, What On Earth Does *That* Mean?

- October 22, 2017
When I said in my recent blog post about the Faith In God programme, that I would write a bit about my calling and what I get up to at Church on a Sunday, I expected it to be this post that you are reading right now. Then whilst I was sitting in Sacrament, focusing on the words of the prayer a thought came to me and because I am trying very hard to listen to Spiritual Promptings that I may be given, I knew that this idea was something I should write about sooner rather than later and so this post became an explanation post! 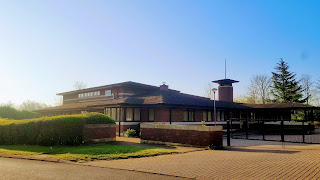 Within all religions there is a particular parlance and if you haven't been initiated into understanding so to speak they can be a little confusing. As I sat there listening to the prayer I realised that you might not know what some of these words mean in the way that I do because of my immersion in the religion and so I thought I'd do a little post about some of the ones I use most frequently, if there are any others just leave them in the comments and I'll try to explain those too!


There are five of these, and they are how the Church at a local level works. They are;


This is one that a lot of people get confused with. So, we believe that we are all sons and daughters of God, therefore you and I are Sisters, or Bother and Sister. When we talk to each other or to others, we address each other by Brother or Sister and then the surname. So for example, I'm Sister Wright. It's a term of endearment and respect.


Okay, so a calling is a personal assignment and almost every member of each ward has one, some lucky souls have two or three!

Top Ender for example was the Young Women's Secretary (for the young women, rather than as part of the adults that form the Young Women's Presidency), before she was made the Beehive President. A friend of ours, has been the Ward Piano Player since she was about 14 (possibly even before that!) and of course at the moment I'm the Primary President.


Missionaries (explanation below!) are generally called Elder and then their surname, even the ones with surnames my western tongue can handle, but I try to practice! It's an office of Priesthood and just shows that they have a duty to "teach, expound, exhort, baptise, and watch over the church."


A missionary is a young man or woman, who for a short period of time goes on a Voluntary mission. Missionaries are assigned to almost everywhere on earth and whilst they are there they try to help the local ward members and teach the Gospel.


This has two meanings, we call the first meeting on a Sunday The Sacrament Meeting, which is the weekly worship service. Then within that we have the ordinance of The Holy Sacrament of the Lord's Supper, which is where we eat bread and water in remembrance of the body and blood of Jesus Christ. Yup, it's basically the Eucharist or Holy Communion, without the alcohol.


Right, so I belong to a Ward, which is my local congregation (if it was smaller it would be a Branch) and then above that several wards which are next to each other (at least five) are pulled together to make a Stake. It would be the equivalent of a dioceses.


So there you go, a few words which I've hopefully explained correctly and well enough that you know what I mean!
Family Life Religion