Babysitting - A Faith In God Activity

- February 22, 2019
Dan Jon has a really cool Faith In God activity this last week, that he was super excited to attend because it was something that he wanted to learn, something he hoped he would be good at and something that he personally hasn't had much practice at, but loves doing. His new Faith In God leader, (we'll call him Brother Island for the rest of this blog post as his name sort of means that!) and he had wanted those in the Faith In God programme to learn a bit more about how they can serve others, which is something that Dan Jon loves doing, by helping them to learn how to Babysit and providing a small Babysitting kit.

Brother Island, is Dad to five young children and so with the help of his lovely wife and children, those who attend Faith In God were going to learn how to take care of young children, how to play games with them, learn how to be a great babysitter and of course there were some snacks promised too!

Dan Jon had been the first to arrive, but soon others joined him and together they helped Brother and Sister Island put some bits and pieces in a Ziploc bag, which was being explained as a Babysitting kit. It's actually not too dissimilar to the bag of goodies I used to cart around with me when I used to babysit. 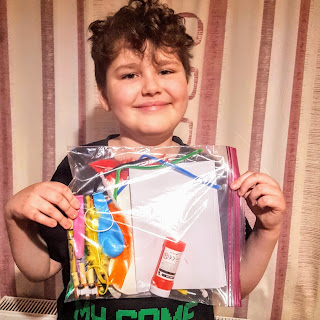 Brother Island and the Faith in God attendees talked about Babysitters, who had had one in the past, what they and the babysitters did and even practised putting a nappy on a baby, by putting one on a pair of trousers. They played a few games with Brother Island's children and each other but Dan Jon had seen that one of the younger Island boys hadn't wanted to join in after a particular fast round of a version of Duck Duck Goose (he's only 2) and so Dan Jon had a quick think about what a young child might like.

Dan Jon decided that reading a book may be more suitable for this little one and so loudly announced "I'm going to read a book if anyone would like to join me!" and tried to kindly smile at the little one. Luckily Sister Island was paying attention and asked her little one if he'd like to sit with Dan Jon and listen to a story.

Dan Jon had prepared for this and not only had a picture book suitable to read to a little one but also had some soft toys that looked like a couple of the characters in the book. Dan Jon sat with his arm around the little one and asked him questions about the pictures, about the noises different animals in the pictures made and all the things that he has learnt from many similar sessions of reading between him and I, or him and Flyfour or him and Top Ender, or Flyfour or I with Top Ender.

Sister Island stayed close by and when she saw this picture, she sent it to Tops and I because she knew we would love it as much as she had. She was right of course, and I asked for permission to use it here, because it is so cute and just shows how much care Dan Jon has. 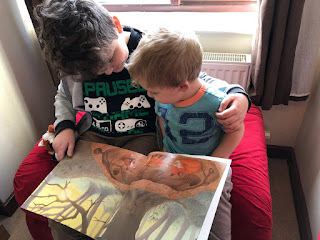 Now Dan Jon is desperate for a Babysitting job... Anyone got any little ones he can sit and read to?!
Family Life learning life skills Religion