- February 08, 2019
Earlier this week, Flyfour sent me a message asking for my superior skills to help him locate a man who had been sat next to him. No, it wasn't that he wanted to find him and run off with him, or to continue a conversation, it wasn't even that he had told the gentleman that his wife was at home and itching to look up some stranger on the internet, although it would have been cool if he had done that last one. I live for moments like that.

Instead, it was because in his rush to leave the train, the man hadn't noticed he had accidentally left his Security Pass behind on the seat and Flyfour sent me a picture of the pass so I could see what we were dealing with. The security pass had just two identifying pieces of information on the card; the gentleman's security photograph and his name. The name wasn't exactly a common name, but a quick Facebook and Twitter search found an awful lot of people with his exact name. Flyfour wanted to see if we could trace this man to let him know that Flyfour had his Security Pass, as I'm sure many of you know, replacing that is a right bother, and of course it would be a good deed.

I had a think. 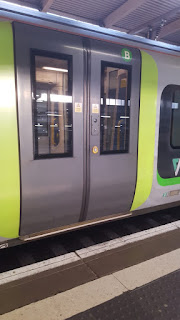 The photograph of the man showed someone wearing a suit, that gave me an idea. A professional working in London, who wears a suit to work is probably registered on LinkedIn right? I typed in his name.

Taking a long hard look at the image on the security card and then a deep breath I started searching through the 148 results... and when I got to the fourth entry I FOUND HIM!

The photograph on LinkedIn was maybe a few years old, but it was as close a match as we were going to get, so I sent the link to Flyfour, who looked and agreed it did indeed look like him. A quick look at his profile and he we could see that he went to a School at the start of the train line that he and Flyfour had been on, and of course, his office wasn't too far from the station he got off at. 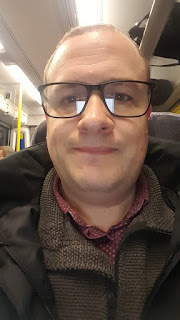 Flyfour reached out to him, by sending a LinkedIn message, saying that he had found a security pass and believed it was his and if he would like it returned if he could say what it looked like they could organise something.

Of course, Flyfour could have handed it in to the Lost Property Office, or a member of staff at the Station, which was actually his original plan (and letting the man know his pass was at X station) but all this took place before Flyfour had reached his destination station and so the man and Flyfour arranged for the pass to be returned to the owner, all within about ten minutes of the man having lost his pass.

And if this doesn't convince you of my magic internet searching powers, I don't know what will!
Family Life life skills