A Day out at London Zoo

- November 04, 2010
We went to London Zoo as part of the launch for Winnie the Pooh stamps. Daddy had never been to London Zoo and the last time I had been was when I was about the age Top Ender is now. We were looking forward to having a walk round and seeing the different animals, especially as one of our local Zoo's is Whipsnade Zoo which is a Sister Zoo to London Zoo. We had a great time wandering around, and for me I didn't feel like I was in the Centre of London! 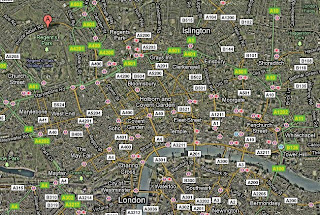 Top Ender, Baby Boy, Daddy and I all had a different animal that we really wanted to see whilst we were at the Zoo and all of us were happy to walk around until we saw what we wanted to see. Daddy and I were really interested in the information boards that were around the enclosures as they provided a lot of information about the animals and natural habitats. I guess that comes from having been the Worlds first Scientific Zoo!

We were amazed to find that London Zoo had the first reptile house, first insect house, first children's Zoo and first public Aquarium. In fact did you know that the word Aquarium was first used at London Zoo? Yup they used to be called Aquatic Vivarium's and the two words were combined to make the word Aquarium! We had a look round the Aquarium and here is a film that I made for you to all enjoy.. sit back and relax!

Reading the London Zoo website after we had been we saw that the Gorilla's that we had just seen were one more in number as Mijukuu had given birth to a boy! Yes, mentioning this was just an excuse to show you cute baby Gorilla pictures... 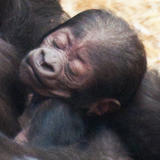 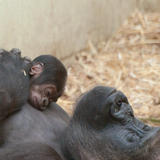 Despite it being Autumn there were a lot of people around, the Penguin display and Tiger enclosure were particularly busy but we didn't feel crowded (apart from when we were in the Butterfly house). As is normal everything for sale was something I class as expensive and so we brought Top Ender an ice-cream as we left (Baby Boy had fallen asleep) and started our walk back to Euston, which only took 30 minutes.

Overall the day to the Zoo was fun, the interactive displays were fun to play on and read and seeing the Animals in quite a close proximity was great fun for Top Ender and Baby Boy. 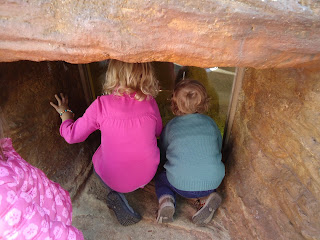 We didn't pay for our tickets (as it was part of the event) but I have copied this from the ZSL website and I would say that it was a reasonable price for an afternoon out.

And if you go in the future I hope that you have a good a day as we did!
Paid Day Out