- November 28, 2010
I was at the BBC Good Food Show yesterday with Miele and took part in the MasterChef Invention Test. I created this Lemon Cheesecake with Caramel Stick and Spun Sugar. Gregg Wallace and John Torode liked it. 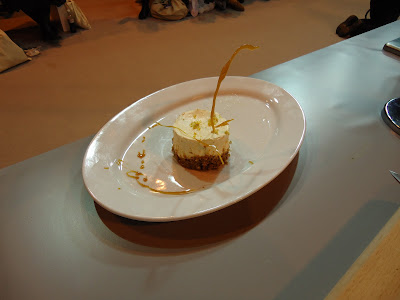 They liked it a lot and I got through to the final three.


I made it all by eye, so will have to make it again to work out the measurements for you but it tasted good. It wasn't just me that said so. Gregg Wallace and John Torode liked it and couldn't stop eating it!

Gregg and John said that the standard was amazing and that it was one of the highest quality final three dishes from an Invention Test that they had seen. I don't care if they were just saying that, I think that they really meant it. When it came to naming the winner from the three of us that they had selected  they couldn't decide who they like the best out of the three of us.

So they named us all winners! 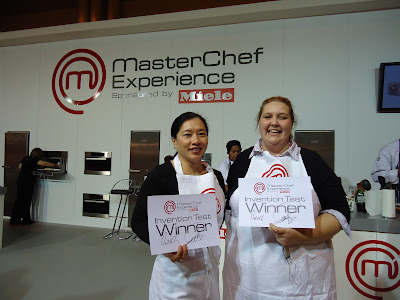 I am now telling everyone that I won MasterChef. Well it's true isn't it?! I did. Sort of...
Family Life Food