Winnie The Pooh Stamps and a bit of real History

- November 04, 2010
We love Winnie the Pooh here in the A Mothers Ramblings house. We went and played Pooh Sticks at The Real Hundred Acre Wood and Top Ender has met Pooh Bear a couple of times and even be invited into his home, heck we even know that the 14th October is Pooh Bears Birthday! So when we were invited to go to London Zoo to hear some of the classic AA Milne stories and find out about the new Royal Mail stamps that were being released celebrating Winnie the Pooh we had to go. 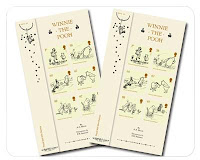 Now you might think that it was odd that the launch was held at London Zoo, but if like me you know the origins of Winnie the Pooh you wouldn't think it strange at all...

You see many years ago a young Canadian vet on his way to be a solider in the Canadian Army in the First World War purchased a black bear cub. He called the bear Winnie after his home town Winnipeg and Winnie became the mascot of the regiment and they travelled over to Europe to fight. When Lieutenant Harry Colebourn and his regiment were called to the French Battlefields he left Winnie in the care of London Zoo. Winnie was eventually permanently donated to London Zoo and was so friendly and popular with the visitors and children that petting was permitted!

A young Christopher Milne would often visit the Zoo with his father (that's right A.A. Milne!) and he was inspired to call his Teddy bear Winnie... and this in turn inspired the stories that we all know and love! A Statue of the original Winnie stands in the Zoo and we couldn't resist a photo!

The Stamps themselves are beautiful and we were very thankful to have received a set for both Top Ender and Baby Boy. If you would like to get some you can either head over to the Royal Mail Website and buy them online or to your nearest Post Office as they are selling them there too!

Just to show you how lovely they are though, take a look at these; 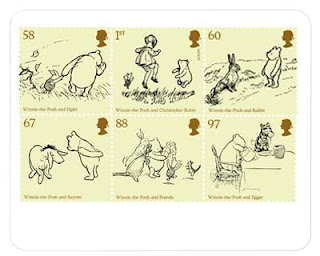 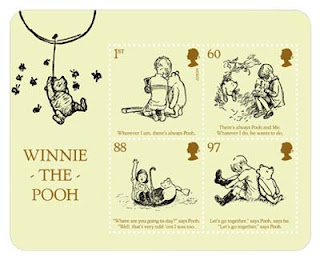 They would make a great Christmas gift or enhance any Winnie The Pooh collection!
Christmas