A Cinema Party on a Budget

- April 28, 2011
Birthday parties are a big thing here at A Mothers Ramblings, even when we don't have a lot of money to spend to make them special. For her seventh birthday, Top Ender decided that she would like to have a cinema party. This wasn't any ordinary cinema party though. We weren't going to go to just any Cinema, we were going to make our living room a cinema! As we have a screen and projector it wasn't going to be too much of a stretch, all the girls had to do was decide from our huge range what they wanted to watch.

Top Ender decided on a menu of  Pizza and Chips and I managed to find cardboard sleeves that you normally find with servings of food from a Fast Food Restaurant. Top Ender was very pleased as it gave it a real cinema feel (and we were too as clean up was a breeze!) and as they were only a few pence it didn't cost much to add to the Cinema theme. 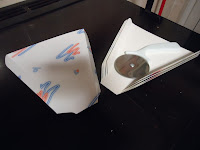 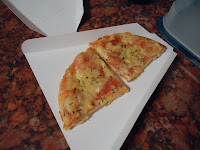 Tubs of ice cream with neon coloured spoons along with tubs of popcorn were pudding and the girls could happily scoff as much of it as they wanted from their own individual packets. 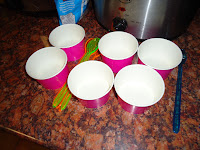 When they went home, they were handed paper popcorn bags, which were acting as party bags and they were filled with sweets, notepads decorative rubbers and pencils and a diary... 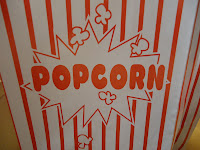 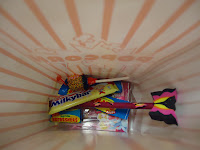 and of course a slice of birthday cake that Top Ender had requested we buy instead of make. And that was Top Ender's party done. 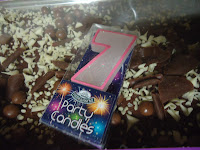 The thing with parties is that you don't need to spend a lot of cash to make them memorable or fun. Just doing something simple or giving it a theme that you can base the party around means you can pick and choose activities to suit your budget.
Birthdays Family Life