A few years back Daddy's work meant that he got to meet Princess Ubolratana Rajakanya of Thailand, and discovered the traditions surrounding Loi Krathong. Something struck Daddy and I about the Thai culture and  together we have read a few books, watched a few films (with subtitles as we don't speak Thai, but do do a passable rendition of the Loi Krathong song) and not eaten any Thai food together. As much as I like to think of myself as a Masterchef, my skills (when it comes to anything that isn't English) extends to Chicken and Sweetcorn soup and egg fried rice. Even I don't like to eat too much of any curry that I may make.

Luckily though Tilda have come to my rescue with a range of Stir Fry rices that just happen to be Gluten Free, are actually simple to make and really quick too. In fact they are so quick to make that when I left the packet on the side and told Daddy that I was just going to check on the children before I made dinner for us on Date night, dinner was cooked before I got back down stairs by an eager and hungry Daddy. The smell was fantastic, very aromatic but not overpowering just a good blend! 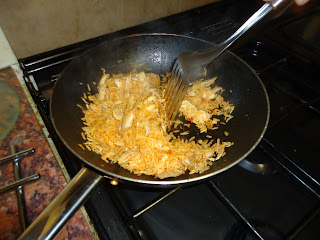 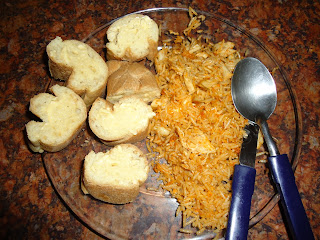 Daddy enjoyed cooking the meal so much that he cooked the next one a couple of night later too. Although this time we didn't use leftover chicken and I didn't get a side serving of Gluten Free Bread to go with it! The rice wasn't too hard or too soft as I sometimes find with packets similar to these and I didn't need to drink a huge glass of water to take the edge of the spices off. 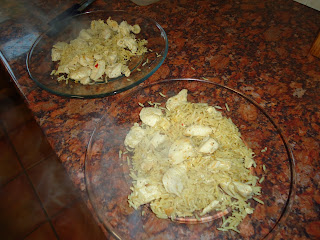 The food was lovely, Daddy has had Thai Green Curry before and he said that whilst this was different it was just as tasty. The recommended price is £1.89 per pack and can be brought in Waitrose, Wholefoods and larger Tesco's according to the information I was given. I haven't seen them in my local Tesco yet, but there is a label for them on the shelf!

This month sees the Thai New Year or Songkran Festival (13th to 15 April) which according to some of our Thai friends is a time to go and see friends and family and to clean the Buddha images in shrines. It is also a good excuse for a huge water fight of sorts as the water cleanses everyone from the bad from the past year.

So to everyone I say สุขสันต์วันสงกรานต์ which apparently means Happy Songkran!

I hope that is what it says anyway...
Food