Decorate An Egg for Easter

- April 07, 2011
It seems that at this time of year that there is a rush of out of school Easter projects. Sally over at Who's the Mummy? has been forced into making an Easter bonnet with Flea and here at A Mothers Ramblings we have been making Eggs look pretty for the school competition. The winner of each age group gets a giant Easter Egg and the two runner ups get a smaller Easter Egg and all for a small entry fee of 50p.

Last year Top Ender decided to decorate her egg as Dora the Egg-plorer! Get it? I know she's a smart cookie right?! The egg and display did look fantastic as you can see. I only helped with a couple of bits and that was the boiling of the egg and the finding of all the craft items! 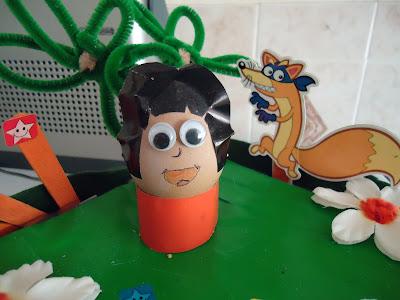 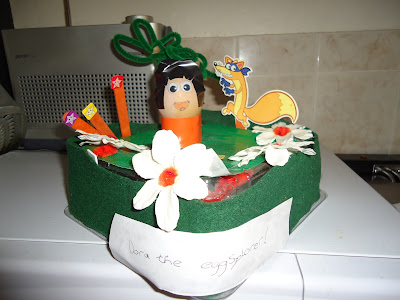 We were very proud of her effort, even more so when come the end of the School Day Top Ender had won! As soon as she had won she wanted to start planning for next years entry and her only thought was Egg-terminate! 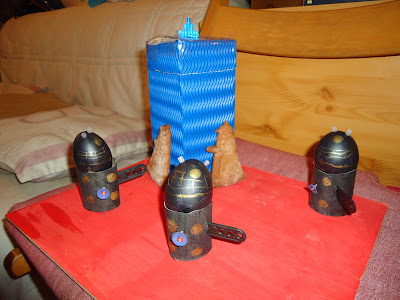 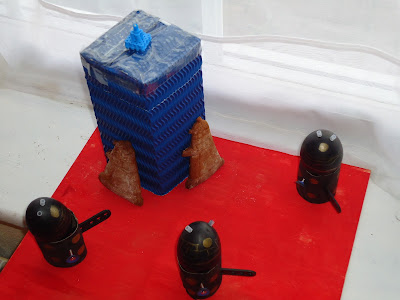 This was a creation for the contest this year and despite some early morning MSN messages from Auntie Emma at Me The Man and The Baby wishing her good luck the judge didn't choose Top Ender's for first prize or as a runner up... he was obviously blind.

Oh well. At least it has given us some ideas for our Easter Lunch Table Display...
Easter