Big Boy was going to have to go home on a train.

What would really happen, was Daddy would get off the London bound Virgin train at Milton Keynes Train Station and meet Big Boy, Top Ender and I and take Big Boy on a local service to the station nearest our home. Together they would walk the mile or so home, leaving Top Ender and I with the car and enable us to get to the Theatre on time.

Big Boy was ecstatic about this, mainly because the two train stations he would use don't have escalators, which is what he hates about Euston and the London Underground. So we purchased his ticket and took him to the gates.

I'd asked BB to hold his ticket, as I'd wanted to put away my wallet, it was only supposed to be a temporary thing, but BB was so happy that I trusted him with his own ticket that I ended up letting him hold on to it. 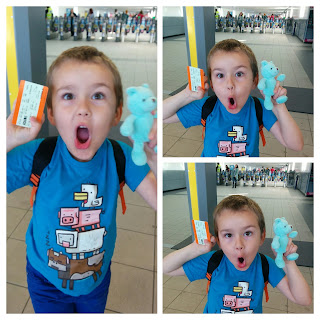 And put it into the barrier machine, all by himself. 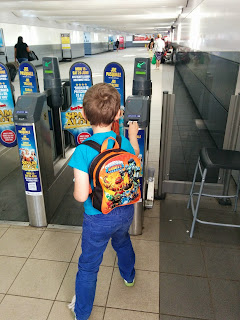 With a wave of his hand, BB was off. Running down the concourse to his Daddy who was coming up from one of the platforms. 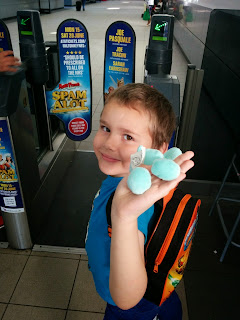 Daddy sent me a picture a few minutes later. Big Boy was still clutching his ticket and has decided that he wants to frame his ticket and a photograph of himself! 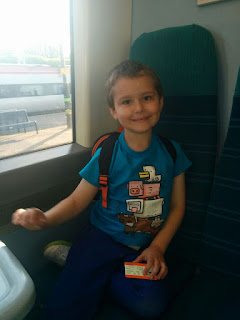 It turned out however to be a BIG thing for BB, a trip full of adventure and firsts and one that has let him know that he's no longer a little boy, but a big one, a trusted one, one who's responsible ans smart and loved.

I think it's one train trip that BB isn't going to forget for quite some time.
Family Life Paid Day Out Treat Night