The Third Week Of June

- June 20, 2015
Have you been having a good week? Despite some rubbish happening this week, I've been having a fairly good week, as have the children and I think that the sweetness has been made all the sweeter for the rubbish! I'm sure there is a lesson in there somewhere that I need to learn!

The Third Week Of June


The week started with the Primary Talent show, it was a great day and I loved being able to see the talents of the Primary Children and hanging out with two of my favourite grown ups... well four if you include my Mum and Husband! 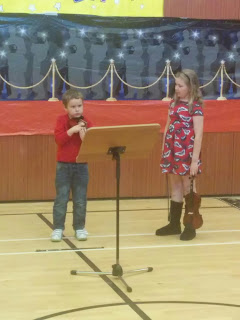 Sunday was great, I'd not been at Church for ages because of being ill and conference and other things and just being able to partake in Sacrament and be part of the fellowship of the others in the ward (local congregation) and then after Primary, I was able to socialise even more with everyone as we had a Munch and Mingle!

Monday, BB woke up complaining of a headache. A bit of calpol and his breakfast saw him off to School and me to the Hospital with my Mum. It was at this point, that the School called and I needed to go and pick up BB because he was poorly, problem was I'd turned my phone off because of being in the hospital. Luckily my Mum hadn't turned hers off so Daddy was able to contact me via her! BB spent the next couple of hours just looking poorly and it was only just before Top Ender got home that he got really sick.

Big Boy went to bed and Top Ender and I decided that what we really wanted was a Chinese, especially as Daddy was out for the night. So we splurged a bit and got some dishes that we liked to share. We may have gone a little overboard, as we discovered that we had more than enough to serve us for that night and the next day.

BB spent most of Tuesday sleeping and not eating. I spent most of the day trying to move the sofa from our living room into the Garage, ready for our new Sofa being delivered on Thursday... well get to Thursday before you find out about that.

Wednesday had BB feeling better, but still not up for eating that much and still really tired (probably because of the not eating!). Until that evening when suddenly his appetite came back with aplomb! 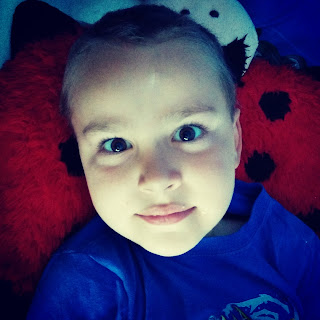 Thursday my sofa wasn't delivered. They discovered there was a hole in the sofa, but they wouldn't repair it and in the end we just told them to cancel the delivery and we'd like a full refund. There was of course a bit more to it than that, but a nutshell summary is what you get in the weekly roundup!

Friday passed quickly, it was a day filled with playing with Kittens, crafting and hoping it didn't rain so we could eat outside as I didn't want to clear the dining table!


So that was my week! What has your week been like?
Family Life