Justin's Of The World

- June 22, 2015
When the Children and I were eating our evening meal, a few nights ago we were having a chat about various different things. The Children wanted to play a game that Daddy and I often play, but they forgot part of it and so instead of playing Brian's of Britain, they started playing Justin's of the World. 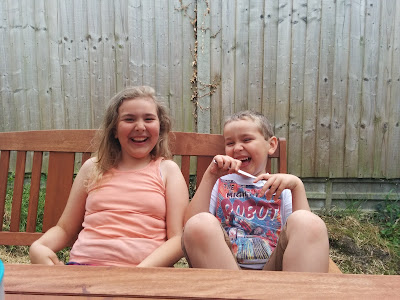 I'm not saying a word, but Top Ender and I are becoming more and more alike!
Family Life Funny