The Last Week Of May And The First Two of June

- June 13, 2015
I was pretty sure I had posted more recently than apparently I had... but I think because I was ill and erm there was stuff that happened and erm you know life!

So here is a quick recap!

The Last Week Of May


The week started great when Top Ender and I went out shopping with my Mum (as is normal on a Saturday) and Big Boy decided that what he really wanted to do was bake cakes. So that's what Daddy and he did. 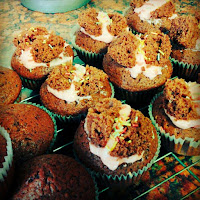 They were blinking lush.

Sunday morning I woke up, helped BB get his breakfast and then went back to bed as I wasn't able to sit up, let alone stand up. Luckily my lovely husband understood that I really was feeling rubbish and so let me stay in bed attempting to sleep it off and gave me lunch in bed (Salad and Sandwiches) as well as keeping me hydrated with as much water as I could manage. 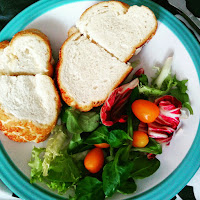 Tuesday night, Top Ender and I were off to the Theatre, but due to a timing issue Big Boy had to get on the train with Daddy in order to make sure Tops and I were on time. I wrote about it because it was such a big thing and BB was so pleased with himself! 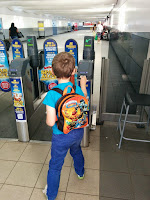 Wednesday we spent the day with my Mum, we even had an impromptu picnic at one of my favourite places. 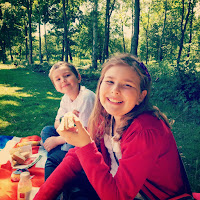 Thursday, Daddy, Top Ender, Big Boy and I went off on an adventure and did a little Geocaching. It was a great day and we had plenty of exercise together, it's amazing that whenever Daddy is around we seem to exercise more without any effort... who knew he was the sporty one?! 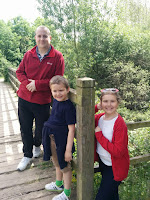 Friday, Big Boy finally spent his Birthday Money. He took us to the City Centre and spent a small fortune in Game, buying some Skylanders and Splatoon. He was given a free hat, which he loved so much, he didn't take off for another week! 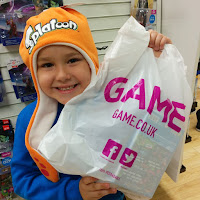 The First Week Of June


The first week of June had us heading off to LEGOLAND for the day. Again, I've written about it already, but it was a lush day and everyone had such a blast just being together. 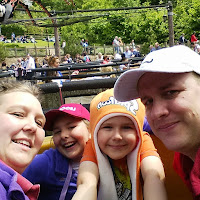 Unfortunately for me, I wasn't quite better when we went to Legoland and so when I was awoken by this face, it wasn't long before I was back in bed again! 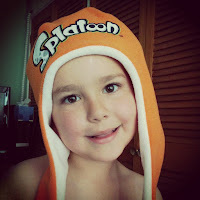 Most of the week passed without incident, then Thursday we had another picnic before Top Ender and Big Boy went to their out of School clubs, (Beavers and Guides). I managed to spend the entire time reading, which was a welcome break. 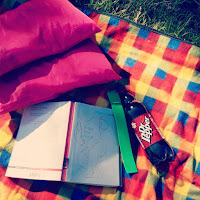 Friday morning it was raining, and this led to me make a cooked breakfast for the children. Who knows why! The Children were really pleased and made me out to be some kinds of super Mum, which was totally welcome on such a grey day! 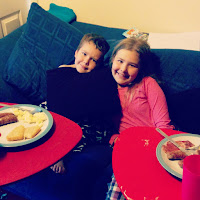 The Second Week Of June


On the Saturday Tops and I took some friends to the Capital FM Summertime Ball, thanks to Vodafone who gave us four tickets. It was a complete blast, even the bits where we had to listen to a certain Boyband who were the opening act... 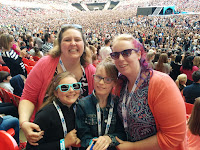 Sunday, Tops and I travelled to Northampton to listen to talks that were a Multi-Stake Broadcast. We got to listen to Elder Jeffrey R. Holland, who I have to admit to absolutely adoring, and one of our lovely friends plaited Top's hair at the end. 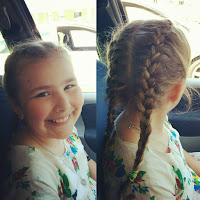 Monday, was so far the best day of the week. It started off with Top Ender going on her residential. Whilst she was busy getting on the coach and waving to Big Boy and I, we didn't know of the drama that was unfolding at home... 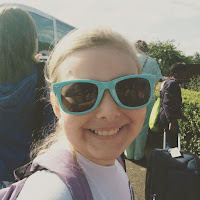 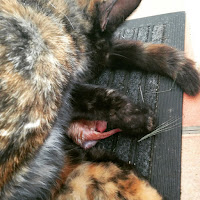 And straight into the Sofa! 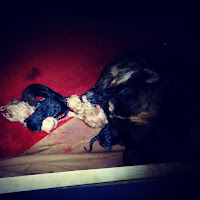 The first couple of days were great, apart from Strawberry unexpectedly died on Wednesday afternoon. 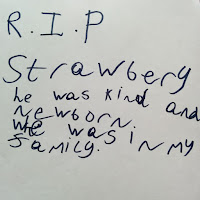 Thursday morning, Panda joined his brother and I cried so much. I still can't read the comments people have left on Facebook, so please know that if you have left a comment, I appreciate it but I can't read it just yet.

Thursday night, Big Boy and I had Pasta for dinner, then whilst he was at Beavers, I ate the most wonderful Almond Magnum in the world (it was all melty) whilst watching some rather hunky chaps play Cricket. 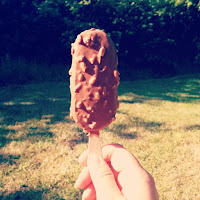 And that brings us to yesterday! Friday morning started off well with Daddy and I hunting for missing kittens (they were in the Sofa), Big Boy and I having a giggle, reading a book together and eating breakfast in the back garden in the sunshine. 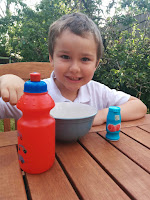 Friday night had Top Ender coming home from her residential and meeting the kittens for the first time. She was of course devastated that two had died, but she was just as happy knowing that three were alive and healthy and growing bigger each day and between telling Peach what a great Mummy she was and telling us what happened on her residential we had a pretty great evening!


So that is my really long update... I promise to keep more up to date from now on!!!
Family Life Pets