- June 26, 2015
Big Boy loves the Minions, not quite as much as one of my friends, but enough that he has two Minion teddies and an unhealthy obsession with saying Bottom and giggling just like Stuart the Minion (yes, I know the names of the Minions, that is how obsessed my son is). So when Tesco asked if we'd like a box of great fun Minion themed items I knew that BB would go nuts and I'd get Mother of the Year award again. 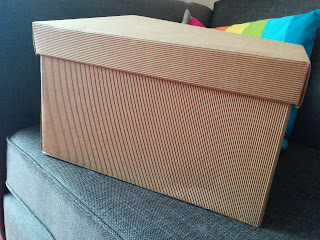 I had told BB to expect the parcel, I knew there was going to be bed linen in the box, so he asked if I'd wash the new linen and put it on his bed ready for when he got home. I agreed, not only because I was excited, but because BB very rarely likes to changes his bedlinen from something other than Mario! 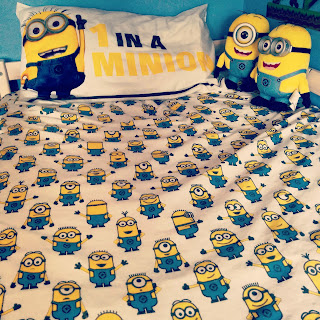 When BB got home, he rushed upstairs to see his new bed linen and then came back down stairs ready to film an unboxing of the rest of the goodies! My son has been watching way too many youtube videos as you'll be able to tell from his introduction.

This weekend, Tesco have many events on at Stores across the country, and having visited Tesco whilst they have held other events I know that there will be some free sweets as well as the Minions favourite Bananas!

PS We're going to see the film this weekend, how about you?

We were sent the box of Minion goodies by Tesco.
Review