- December 15, 2017
When we performed our Roadshow Panto back in November and watched the other wards perform theirs, it just increased our excitement to see the Panto at Milton Keynes Theatre and to really get our Christmas celebrations into full swing. Time seemed to pass slowly and when eventually the scheduled night came round, even Top Ender who felt really grotty as she'd managed to catch the bug I'd had that wiped me out for so long, managed to raise a smile.

We were excited even more when Dan Jon was asked how old he was by one of the Ushers and a short conversation about his Christmas Jumper ensued. We were sure that this meant that Dan Jon was going to be one of the children invited onto the stage, but then the usher mentioned to me that she had been instructed to pick children under the age of seven. Poor old Dan Jon was just a couple of years too old! Still jubilant, we took our seats, only to find Jingle and Belle sitting in the seat next to us! 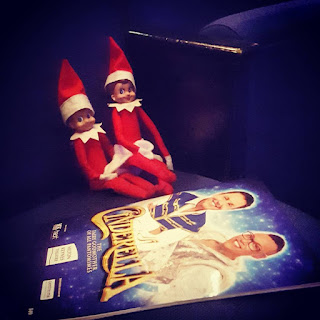 I mean what are the chances?

And then the Panto started.

Oh my gosh, I don't think the family and I have ever laughed so long or so hard at a Panto before. It was perfect, the corpsing, the Script, the interactions, the delivery. Everything was bang on the nose and had us wiping tears away as the jokes kept on coming. 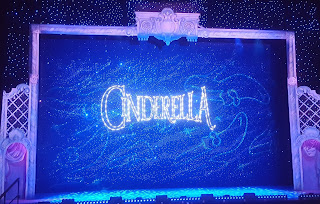 I personally loved that this year, the Panto had the audience joining in with clapping and singing along within the first five minutes rather than as has become traditional in the Milton Keynes Theatre Panto productions, the last half hour or so.

Before we had gone to the Panto, a few of the Playground Mums and I had been talking about how the Panto's at Milton Keynes had become a little predictable, but this honestly blew all those preconceived ideas out of the water and I quite happily have reported back to all the Mums that this is one Panto that they do not want to miss. 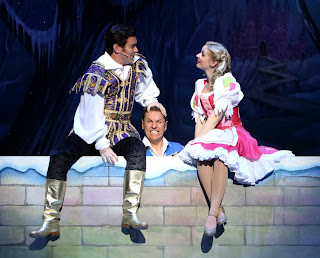 Tickets are still available for the Milton Keynes Panto, which is running until January 14th and if you are as daft as I am, I can promise you an enjoyable night out for you and your family.

We were provided with free tickets in exchange for this blog post.
Christmas Family Life Funny Paid Day Out Theatre Winter