What We Are Eating W/C 23rd December 2017 The Two Weeks Edition!

- December 23, 2017
We mainly shop in Tesco and so all year we collect our vouchers to use during December for the "Christmas" shop. Of course, I sneak goodies into the trolley each week as we're going along, a pack of biscuits here, a jar of cranberry sauce there and then when it comes to the actual Christmas Shop, sometimes we get lucky and just buy tonnes of goodies and other times (like this time!) we're sensible and shop for meals and snacks to last us the next couple of weeks. 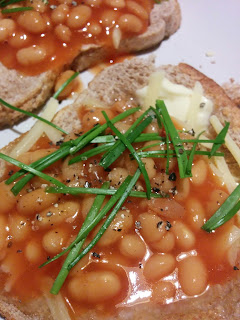 
Flyfour's Mum is coming to have a supper with us this evening. I picked up a few bits and pieces the other week to ensure that we'd have lots of nice tasting snacky bits and have had to ban Flyfour from going in the freezer as he always wants to eat the bits I've put to one side!

If there is anything left, we'll eat it over the next couple of days.


I thought back to the times that I've made shaped pizzas for the children and thought that tonight it might be a great night to have Christmas Tree shaped pizzas, or maybe baubles or maybe even Santa faces! Whatever we end up having, I'm sure they will be tasty.


Well, we're traditional here and we go with a Turkey Roast and all the trimmings.


After yesterday, the last thing anyone would want is to ever eat again right?

We'll eat the leftovers and love it.


A bit of a change, I'm going to make my Microwave Risotto and flake fish into it. I'll add some tomatoes and bits of onion, because I'm like that, but I know it'll be a change from the Roast of the last two days and so will be a nice change.


I figure by Thursday, we'll be fed up of cooking, so I'll throw some potatoes into the slow cooker and the job will be done by the time it's time to eat! Beans and cheese will be the only topping options, although hopefully, a Spring Onion will have survived until now for me to chop onto mine.


Quick, cheap and easy is the name of the game here! I'm not adding meat, which means this meal is super quick and easy.


Nearly the end of the year and we'll want to go out with a bang, so bangers and mash it is! I'll serve it with a side of vegetables for me (Sweetcorn)and the rest of the family will probably want beans with theirs.


A week or so ago, I made a meal for one of my friends who had been rushed to the hospital and was now recuperating from Surgery at home. The meal looked so tasty I almost didn't take it to her, but I did because I love her and her husband and decided to remake it today for me and my family!

I figure this is enough like a Roast that we'll all be happy, but also nice enough that it's a good meal to end the year on.


I figure we should start the year as we mean to go on. Eating potatoes covered in bacon and cheese and whatever else we throw on with our fingers!


I love a meatloaf and can't remember why we don't have it more often. I'll serve this with Broccoli and Mash and lots of gravy.


I asked Top Ender what she would like for her Birthday Meal (after a day at School) and she opted for Lasange.


I was going to make this on Friday but remembered that Top Ender is going away this weekend, so I'd better make it beforehand so she could enjoy it too.

Dan Jon is very much into Curry now, so we'll find out what he thinks of my homemade version. Hopefully he'll still be talking to me after the meal.


Dan Jon always loves a good pizza, so I thought if we made pizza again today he'd be more than happy and not too disappointed that he'll only have me and his Dad for company over the weekend as Top Ender is away.

So there you go, that's what we're eating for the next two weeks. What are you eating?
Christmas Diet Family Life Food Gluten Free Main Meal Meal Plan New Year Winter