- December 02, 2017
I almost can't believe that it is December already, but the calendar doesn't lie and my internal clock is yelling that I've not wrapped enough of my gifts for me to claim to be on schedule just yet... maybe by the end of this week I'll have caught up with myself; But I probably won't have. I mean, I'll try but I assume, that as normal, I'll be distracted by some Christmas film or making some Christmas craft and I'll just have to cry into my Hot Chocolate come next Saturday when I am looking at how far I have (or haven't!) progressed! 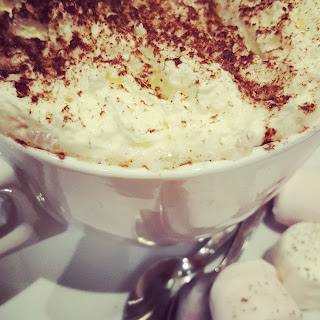 
Last week we didn't get our Gammon as the mince from Friday wasn't used and so Flyfour made us a Cottage Pie. It was so lush, that I've decided we need to have something other than a roast this week too, which is why we're having the Sticky Sausage tonight!


Another Carb free meal, just don't tell the children! I'm going to serve it with potato cubes for Flyfour and Top Ender, but Dan Jon and I will eat together so that he doesn't mind the whole missing potato bit for him.


I'm going to make some Tomato soup and put some small pasta shells in it for Top Ender, Dan Jon Jr and I. Flyfour will have to put up with just having Tomato Soup as the pasta shells aren't gluten-free. Of course, this means I have to remember to portion some off before adding the pasta shells... I might be tempted to forget so I get extra!


Dan Jon is performing in his Christmas Concert tonight, and so we're going to have a quick meal of a sandwich before we go to the Concert and then whilst we walk back we'll have some Hot Chocolate and when we get home we'll have some toast if we feel the need.


I figure a nice warming meal of Spaghetti and Tuna will do us all good. Especially me because I love Spaghetti and I'm the only one out of the four of us who doesn't eat a main meal during the day and then always wonder why I'm starving come the evening!


When we went to Waddesdon Manor, Flyfour and I had poutine. The children and Flyfour went nuts for it and wouldn't believe me when I told them that I had made this a few times for them in the past. Anyway, they have requested I make it again so that's what we're having tonight!

So that's what we are having this week, how about you?
Family Life Food Main Meal Meal Plan