What We Are Eating This Week 16th December 2017

I am so excited and not just because all the wrapping is done, the Christmas cards written and even the fun stuff like baking Christmas Treats and making Gingerbread houses are complete. No, I'm excited because I am such a big kid when it comes to Christmas. It's not because of the gifts, but it's because of the time spent together as a family and time spent celebrating the birth of Jesus Christ. 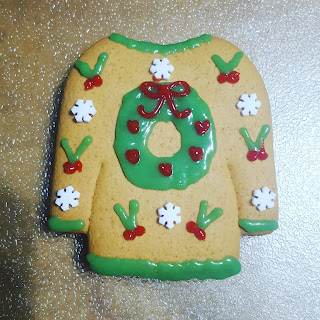 
We're having a meal at the Ward Christmas Party today. I'm not sure what we're eating, but it will be something tasty!


Dan Jon, Top Ender and I are taking part in a concert, but it is so close to after Church, we've arranged to have Sandwiches at the Chapel and then we'll have something when we get back home such as a little bit of Christmas cake or similar after the concert.


Yes, I know this was supposed to be last Friday, but Flyfour had to unexpectedly work and so it got moved to today!


Top Ender has a half day at School today (it's also her last day at School before the end of Term), so Dan Jon and I are going to pick her up and whisk her away to an outdoor picnic. As long as it isn't raining that is!

We're going to have things like Sausage Rolls, hot Sandwiches, Mac and Cheese and whatever else Dan Jon and I decide to add to the basket!


We're going to have Fish Pie tonight because I really fancy it and I'm going to make it super indulgent so it'll be super special.

Flyfour and I are going to take the children to buy the Supermarket Shop in advance of the weekend, so we're a little bit excited because the fridge will be full of everything that we could possibly need for the next couple of weeks!


Poor old Dan Jon is going to suffer tonight because he hates the Two hourly blood tests and the fact that he has to eat a Carb-Free meal tonight, which for the main part he hates.


The other night Flyfour made some Gluten Free Pasties, using the Hairy Bikers recipe.

So I'm going to make him make them again tonight.


So, what are you eating this week?
Christmas Family Life Food Main Meal Meal Plan