The Lengths Flyfour Will Go To 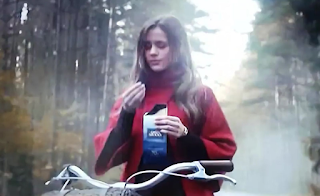 I mean look, that bar of chocolate is HUGE.

One evening Flyfour and Top Ender disappeared off into the garden with the specific instructions that I should stay put on the sofa given to me and that Dan Jon Jr should keep me company before going up to bed.

It wasn't long before I heard a notification on my phone that someone had tweeted at me, so I took a look and found that Flyfour was telling the world about my problem with the chocolate bar and the advert. Dan Jon and I rolled our eyes at each other and I replied to the tweet before continuing having a hug with Dan Jon and reading a chapter of our latest shared book.

A few moments passed and my phone pinged again. I found another tweet sent to me by Flyfour, again with regards to the Green and Blacks chocolate bar and again with a photograph.

Apparently, Flyfour had roped Top Ender into a little scheme to prove to me that the bar of chocolate was as big as I had worked out and was staging a photo shoot in our back garden! 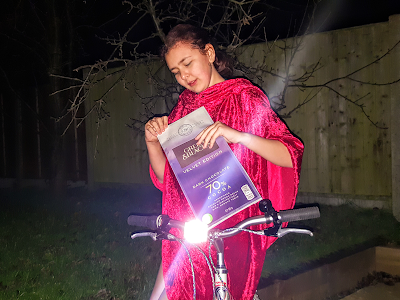 Yup, Flyfour had taken the time to print out a giant bar of Green and Blacks, stuck it to some leftover cardboard packaging and had got Top Ender dressed up to recreate the advert, just for a giggle.

I told you we weren't a normal family.
Family Life Food Funny