- December 30, 2017
I've been thinking recently about meal plans and saving money from the shopping budget, mainly because it is the only area of the budget that I have control over! I decided that what I really needed to do was to do something like my Father In Law used to do. Back when I first met Flyfour he and his brother lived with his Dad and they had seven meals that they ate each week.

I can't remember now if it was the same meal on the same night each week or if he mixed it up, but there were a lot of benefits to eating this way. Flyfour used to do the shopping each week and he always knew what it was that he needed to buy. They could stock up on ingredients they used when they were at a good price and well, Flyfour was a lot skinnier before he and I got married and started living together! 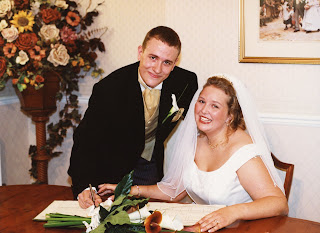 I decided that I wanted to do something a bit different to my Father in Law, however. I wanted to have some variety, so I made seven different categories of meals that we eat and listed five that use almost the same ingredients. The plan is that I will pick one meal from each group for each night of the week and then the following week I'll pick another until I've used them all up and I start all over again.

So here are the groups I've decided upon.


Beans on Toast
Soup and a Roll
Sandwich of some variety
Pizza
Bread and Egg (so many varieties!)

How do you meal plan? Do you think that this is going to work or am I bound to fail after the first couple of weeks?
Family Life Food Main Meal Meal Plan