You probably know this, because not only did I post about it yesterday and a few weeks ago, but I have also mentioned it once or twice on Facebook, Twitter and I think just a few times on Instagram. It is/was a milestone birthday apparently, but the plan for my birthday was really simple. Vote, Eat, Play Computer Games, Visit with my Mum, Take 30 Brownies to the Cinema, Eat Again, Eat Birthday Cake, Go To Bed. Yet, that's not quite what happened and I'm really happy that it didn't as I can't imagine spending my day any other way.


The day started as any other birthday in our home would, with all of us getting up super early and crowding on to mine and Flyfour's bed to open gifts and sing Happy Birthday before he went to work. As the children were up so early, we decided to also go to McDonald's for breakfast because well, why not?! 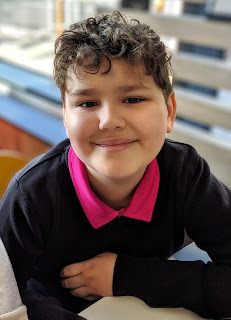 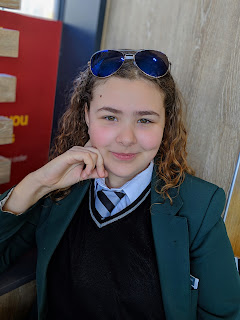 After dropping the children to school and spending time having very odd conversations with my friends about my Mum adopting them, what I was up to, enemas (please don't ask) there a shouted phone call between one of my friends wife and I (she had called them, and then was shouting Happy Birthday down the line to me!) and I think it was pretty normal really!

I got to spend some of my birthday with friends who had come to visit with me. They were a lot of fun, despite standing on my doorstep singing Happy Birthday super loud and making sure to shout even louder (so my neighbours could hear), that I was Forty and they even got me a balloon to make sure I knew how old I was... 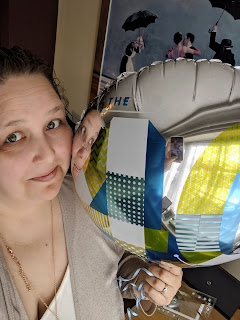 It didn't matter that halfway through playing the Video Game I had got for my birthday that I got a call from Dan Jon's School that he was having a low and just wasn't going up, despite them having administered plenty of fast acting glucose. I, of course, dropped everything and rushed to School spending the next 45 minutes with Dan Jon because his blood sugar level kept raising and dropping and just as I was about to ask for them to call an ambulance to take us to the hospital, his levels rose.

Still, I got to see Baby Chicks hatching, (and I'm allowed to go play with them later today) got to hang out with Dan Jon and some Squirrels sang to me and I voted. I should really point out that Squirrels is the EYFS class name, and I know that "real" squirrels can't sing shouldn't I?

At this point, I was totally late to visit with my Mum, so we rushed to Subway where we had a salad each and I got chatted up by the bloke who served us and he gave me free extra pickles which was very nice of him as I apparently look like an extra pickles kind of girl. 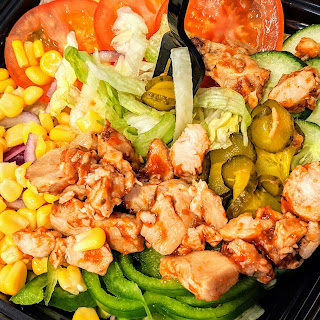 By the time I got back home, it was just in time to walk Dan Jon home, get Top Ender from Orchestra and get to the Cinema where I was taking most of the unit I'm a Brown Owl at to watch Wonder Park (if you haven't seen it, but want a way to talk mental health with children/young teens this is a perfect way to open the conversation up).

You can read all about the Free Birthday Costa Hot Chocolate, here, just please don't judge me... it was a long day alright?!

After getting home and face-timing my Mum so I could open the gifts she had given me with the children and Flyfour, we had a takeaway curry and all of us were so full we decided we'd have to have Birthday Cake for Breakfast because there was no way we could eat it that night.

I don't say this lightly, but it really was the BEST DAY EVER because I was surrounded by friends and loved ones all day. I received messages from friends and family near and far, who were thinking of me on my special day and they said beautiful things which made me cry happy tears. I ate food that I loved (well the curry was more for the rest of the family than me), I did things that I love and I spent most of the evening giving back to my local community. 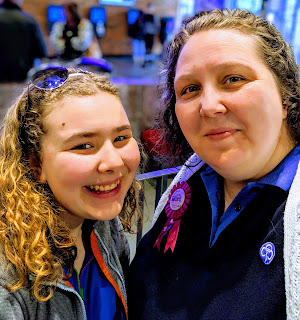 If this coming decade is anything like today then this may just be the best ten years of my life.
Birthdays Family Life