- May 30, 2019
For my birthday I purchased myself something I had been promising myself for ages, no not a magazine subscription to my favourite fiction magazine (but take a hint Flyfour!), but some additional content for the Wii U game Pikmin 3, which I love playing.

I mean really, I would have liked to have been able to purchase Pikmin 4, but you know that's been in the works since 2015 so I've long stopped holding my breath for the release! Anyway. I didn't play often but I liked the game and in particular, the optional extras of collecting Treasure, Killing the Bosses etc and so thought that it would be a good gift for me, and the family seeing as Top Ender plays it too. 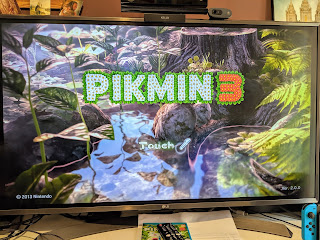 For what seems like weeks I've been trying to hit platinum on one particular level, that for some reason has been eluding me. I've come so close, so many times with me wishing I had just one more second on the clock or letting out a cry of disbelief as I've once again just missed out. 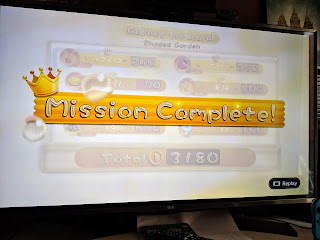 Yup, today I snuck in a little gaming time whilst the children were busy doing whatever it was they were doing that didn't involve me, and I got the top level.

I'm so blooming proud of myself.
Family Life Funny Wii U Game Review