- May 21, 2019
Top Ender has been lucky enough to go to Spy Missions several times, thanks to her involvement with the Girl Guiding programme. It's sort of an Escape Room type set up, where you have a mission to save the earth, for example, and have to complete several challenges in different rooms and are guided around by a helpful leader, who if you get into too much trouble will help you out.

Dan Jon has wanted to go for ages, and for one reason or another has never made it.

So a plan formulated in my mind. Dan Jon had said that he didn't mind if he had a Birthday party or not, and was erring more on the "or not" side, which was fine by us, but he didn't say he didn't want a party and so I set about inviting his closest friends to surprise him at Spy Missions! 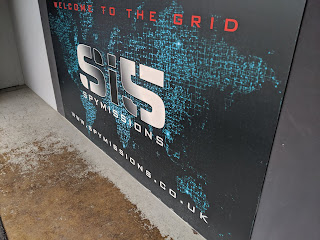 The plan was simple, his friends would be there, I would get him there by pretending I needed to do some Health and Safety kind of check as a Brownie Leader and then they'd meet up and SURPRISE, for your birthday you get to go on a Spy Mission...

Only, getting Dan Jon there was much harder than expected. We had to practically order the poor boy to come with us, and not sit in the car and play on his phone whilst he waited for me to complete the safety check!

Eventually, we got Dan Jon inside, who upon seeing his friends still hadn't clicked what was going on, until they actually said SURPRISE! 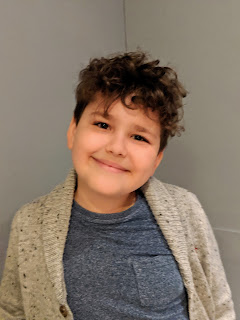 Dan Jon's friends had been let in on the secret, and they didn't drop any hints to Dan Jon. They didn't say anything about not being able to play online with him that weekend or about seeing him and honestly, they were so great about it being a surprise that I think I might need to throw a few more surprise parties in the future.

Dan Jon and his friends had a blast and Dan Jon is pleased to have finally been to Spy Missions... just now he'd quite like to go again.
Birthdays Family Life Funny Paid Day Out