Thats right Mummy took her to Gambardo's and Daddy took her to the computer shop and her concept of amounts and time wasn't all that great either... 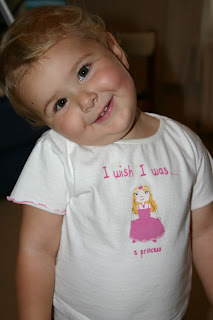 It wasn't exactly true however as Top Ender was also taken swimming (as you heard Daddy saying there) and it was only a few months later that I suggested that once a week Daddy and Top Ender went on a Daddy Daughter Date Night and do something fun on top of the weekly swim session.

When I first suggested the Daddy Daughter Date Night I think that Daddy thought that I was a bit odd (Haha, I heard that). Then as he thought about it it made him feel sad that he didn't get enough time with Top Ender that he had to set aside special time to spend with her. I remember him commenting that he felt like he was being looked at with pity, that he felt he was look at as if he was divorced or a single parent and he didn't like that.

He was however very pleased that Top Ender wanted to spend time with just him!

As time went on it became second nature that DDDN's (Daddy Daughter Date Nights) were nights that we didn't plan anything else on (well I did, I watched naff TV and ate snacks and had relaxing baths) and Top Ender was allowed to stay up a little later than normal if needed.

They started just going for little walks sometimes to local shops and the shopping centre. Taking a slow walk round looking at things they might like to buy, playing with the toys in ELC and John Lewis and buying mini sausages from Marks and Spencers to share sitting on the seats outside.

Sometimes they would go to a local lake and walk round that talking about the animals and plant life they could see. Sometimes they would stop off and buy food from a Take away or some picnic foods which depending on the weather they would either eat in the car or as they were walking round.

As Top Ender started becoming even more independent she would ask to go places. Toys R Us, Ikea, The park, Swimming, The Library, The Cinema. It wasn't about the amount of time, it was about the quality of time.


Sometimes they would just watch a movie at home with popcorn and banish me upstairs for the evening. It wasn't important if they went out or stayed in , it was the time spent together that was important.

One on one time. Quality time.

It became even more important to them when Daddy started working two jobs. Even though we only had precious few hours together over a couple of evenings the DDDN's didn't get cancelled. Top Ender and Daddy loved the time they spent together and they had this great bond and nothing was going to stop this. 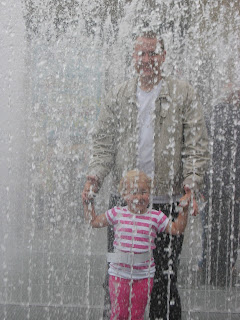 Of course DDDN's have now evolved into days out and weekends away. They have been to Airshows and to London and camping and theme parks and Museums and have come back full of little in jokes that I don't understand.

And I'm not jealous.

It was my idea that they spend more time together.

Okay so I'm a little jealous.

And now Daddy is going to start having regular Daddy Son Date Nights with Baby Boy. 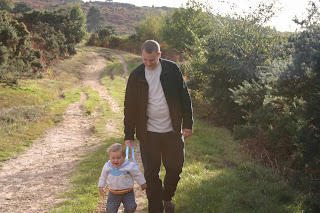 But I'm not jealous...
Date Night