- January 21, 2010
I don't think of myself as materialistic and of course I would love for the world to be free of war and famine and disasters, but sometimes what I need is something for me. And so I dream about what I would buy, and I look in the shops and touch all the pretty things. I don't buy them though because I'm not materialistic.

So with that being said I would love;

A New Camera. After Top Ender accidentally dunked my old one, it didn't work properly, but it did work... until it well and truly gave up the ghost. I would like one that has a view finder and a screen on the back and lots of little extra functions like my old Sony Cybershot DSC-W55... but I wouldn't be too fussy. 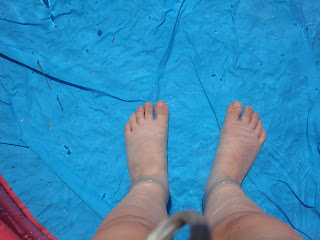 A New Dirty Laundry Hamper. It needs to be one that you can sort the clothes into at least three categories and not something that cats could scratch to pieces as they have done my last three hampers. And it would be nice if it had a magical elf that came with it to fill it up with the dirty clothes that get left in corners of bedrooms and who also washed the clothes. And ironed them.

A New Pair of Trainers. They need to be a size 7 and as long as they aren't the cheap ones that I have been buying I don't care what they look like or what colour they are. But I don't want glow in the dark ones. Or ones that make a lot of noise. Or Thomas the Tank ones, but I do want Thomas the Tank Slippers like Charlie has.

An IPhone. Daddy has one and although I have the ipod touch, I still think a couple of extra functions, like the camera and the phone, would be nice. (But I don't really so don't buy one for me Daddy!) Or maybe I could have the next big thing. Whatever that is going to be. 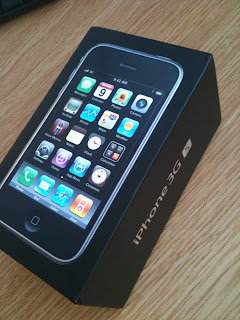 A Landscape Gardener. Just so that they could come round and do something with my garden. I have started and I will finish... but a landscape gardener would do it so much more quickly... and nicely... and with plants... that wouldn't be dead before I planted them... and would know the names of them... and would put them in the right places not just where they thought they would look nice.

A King Size Bed. I don't need one of those fancy ones with his and her adjustable mattress things, I don't need one that is really expensive... but I would like it to be of good quality and to have underbed storage and to come with new bed linens and also if I could have some of those expensive sheets. Actually a waterbed might be nice!

A New Buggy. Its the occasional buggy that lives in the car that needs replacing. The wheels are going funny and it doesn't push all that good and I don't think that Baby Boy is all that comfortable. I know that we won't need it soon as Baby Boy will be walking everywhere, but still until then a nice new one would be great. And then I could be posh looking.

A New House. Technically I don't want a new house. I just want this house to be knocked down and rebuilt to suit me. I want an extension and for the pipework for the heating to be in the walls and I want the garage to be changed into a den, with a projector and screen and a little room for Daddy to fly his planes in. And big glass doors so I can sit in there and watch the children play in the garden. Oh and the bathroom need to be made bigger... and moved upstairs.

A New Fence. Well not all of it needs to be new. Only about four panels. I just can't afford to get the last four done just yet and I want to get them done. 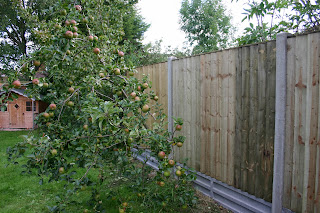 A New Kitchen. Like the one I saw in Ikea, although it doesn't have to be the one in Ikea. Any new Kitchen would do. If you want to make me a bespoke Kitchen I won't complain. Although I want a TV in there. And speakers. And lights under the units. And glass splashbacks. And a Dishwasher. And Underfloor heating.

A New Carpet. I don't like the one that we have. I didn't like it when we moved in, but until it is worn out there is little point in replacing it. If I jump up and down on one spot will that wear it out quicker?

A Fireplace with a TV inside it. They exist. I saw them at the Technology home show. Whilst we are at it, can we put in the thing that Daddy explained to me the other day where there would be a little screen in everyroom and we can listen to music or the TV from any room in any room? And also can they be touch screens. And can I also have the ability to turn lights on and off from any room in any room. Heck just give me the Media Centre House and I will be well pleased.

A New Coat. I want one that makes me look taller and slimmer please.

<---- Example of what said Magical Coat may look like.

Stephen Fry. I would share him with The World obviously (and Rosie Scribble in a time share type agreement) but he would be great to have round the house wouldn't he? Maybe what I really need is a Stephen Fry app for my ipod touch. Then I could keep him in my pocket...
Family Life