- January 07, 2011
During 2010 Baby Boy was asked to become a Lego Duplo Expert; He may only be two but he knows one end of a Lego Duplo block from another! Just before Christmas we received a package full of Lego Duplo and I put it to one side so that we could open it up after the excitement of opening gifts on Christmas Day. As neither Top Ender or Baby Boy were going to get a lot of toys for Christmas I knew that we might need something to bring a little excitement to the pre New Year period! Sure enough a couple of days later before New Years Eve Baby Boy and Top Ender were both flagging a little and so I pulled out the boxes of Duplo. 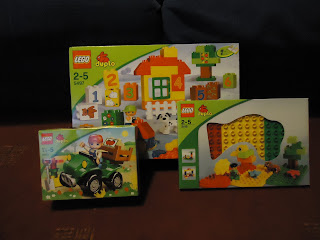 Baby Boy was really excited by the packages and as soon as I had the packages open he was making all the things he could think of... mainly based on what he could see on the packaging! We have a fair bit of Lego Duplo already but nothing as exciting as a Farm Bike (£7.99)! The farm bike is great fun to zoom around our farms and it is much needed for the farmer to take boxes from one end of the farm to the other! This was Baby Boy's favourite out of the three boxes, and he has been using the spade to dig Lego Duplo holes... 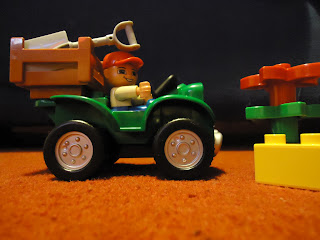 The second packet was a Play with Numbers set (£19.99). I was really amazed by this set because along with the other bricks (and little boy and cat) were these twenty bricks. The numbered bricks match up with a brick with a matching number of objects on and they are all different colours too! Baby Boy quickly put them all together using the colours as something to help him, and I think that we will be using these to learn our number  sequences because they are so easy to look at. This was my favourite because it is such a great learning toy not only for numbers, colours, and names of things but also because they can be added into the structures we make to make them more interesting! 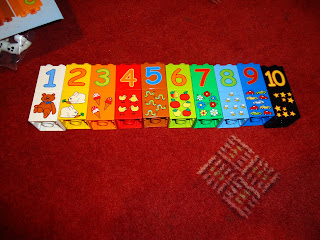 The last packet that we opened was the Building Plates (£4.00). We love the building plates because you can use them to create stable bases for towers or houses or as Top Ender loves to use them as floors in tower blocks or multiple storey houses! The other great benefit of them is that they come in three colours and can be used to enhance the creations. We like to use them as Green for Grass, Yellow for Sand and Red for Mars... yes we build alien houses don't you?! These were Top Ender's favourites because she does like to make very tall structures! 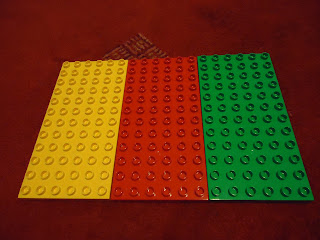 Well Baby Boy has seen what I am blogging about and is trying to pull my arm off to get me to go and play with the bricks again so I will just add that I think that whilst we all have a different favourite, that they all work together well (because they fit together) and it just shows the universal appeal of Lego Duplo!
Toys