- March 22, 2013
Last week isn't even really started and I'm already planning next weeks menu, but I do have a good excuse... I was up early last Sunday with Big Boy and after I got bored of watching him play Little Big Planet (his latest craze) I decided to go and sort out the kitchen cupboards. I do this fairly often, but had noticed my "pantry" cupboards were getting a little dishevelled again and I like straight lines. It gave me the perfect opportunity to find and use up some of the ingredients in my cupboards that we probably never meant to buy.


Daddy jokingly suggested that we have Cheese for dinner, and this was the first idea I had of something that was fairly simple to make and had Cheese in. The Children have asked if they can have Macaroni Cheese instead, so I'll make the Tartiflette a little more special for Daddy and I, maybe in heart shaped dishes (aren't I sickeningly romantic lol). Also I'm going to use Reblochon, as I tasted some a couple of weeks ago and am now in love with a Cheese.


The usual Sunday Roast, with the usual ingredients. As Daddy makes this I can't really say what we'll be using up, but I'm sure that as he is reading this he will make sure to use at least one ingredient from the cupboard, even if it's just gravy powder! 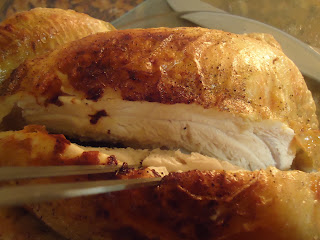 
I found a recipe on the BBC for a Chickpea Tagine cooked in the slow cooker, this suits me fine as it uses up my cans of chickpeas and a small jar of honey that I either stole from a hotel or was sent with something else (which is more like it). I'll serve this with rice as Daddy can't eat couscous.

Tuesday - Swordfish for the adults, Holy Mackerel for the Children


We have some Swordfish, which we can't serve to the Children as the current recomendations is that due to the Mercury content children under 16 shouldn't eat it. Daddy and I aren't intending to add to our family so we figure we're good to eat it. I used to make Swordfish and Red Pepper Kebabs (we replaced the Swordfish with Tuna) so that's what Daddy and I will have whilst I'm making a Phineas and Ferb inspired Holy Mackerel meal,


Nobody in our house is a fan of Marmalade, unless it's being used to stick marzipan to cakes and icing to marzipan. I'll occasionally have it on toast but I buy tiny little jars so that it gets used up rather than leaving a full jar with just a scraping taken out of it. We have a posh jar in the cupboard and I thought that it would taste nice smothered across some Pork Loins. As I'm sure that I won't be able to use a whole jar I'll also *have* to make a cake for Easter with Marzipan and Icing and I'll probably need to have a couple of rounds of toast... It's such a hard life.


The Children will have a poached egg with their meal, but I'll do Daddy and I some large grilled mushrooms as Daddy can't eat egg. I don't know if you've noticed, but for the last few weeks I've managed to sneak in two vegetarian meals (well if you excuse the egg!) each week (and two fish meals to) and so far no family member has cottoned on to this... I'll make my own baked beans again, with Cherry tomatoes and if I can I'll make some more bread for us too.


As we're going to be busy eating our Easter Cake, Hot Cross Buns and what ever else people eat at Easter time (Biscuits?) we figure we won't want anything too filling, so I thought a light creamy cheesy hake bake would be perfect. I'm going to bake the Hake fillets in the oven with a mixture of grated sliced potatoes and grated cheese over the top and serve with fresh bread and Salad.

So that is the plan for this week, it's rather indulgent I think but as we'll be walking a lot I think it balances out!
Meal Plan