- March 13, 2013
It's not often I have an idea that is perfectly formed and needs no refinement, so when it does happen it sticks out as being something to remember. A few days ago, I was suddenly struck with an idea about our hallway and how if we decorated it, that it would be more inviting and hopefully it would also stop the issue that we have where "magically drawn" crayon marks appear surrounded by grubby finger prints about Big Boy and Top Ender's size, but of course neither Big Boy or Top Ender know anything about it!

The idea was to paint the lower half of the walls a red colour, similar to the colour we have in our Living Room, and split the wall with a border, so that the line of where the two colours meet is hidden. We've narrowed it down to two different borders although we have no idea which one to pick, or even if we should choose something completely different and a totally different colour scheme. 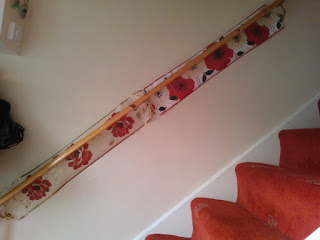 As you can see we plan for the boarder to be behind the bannister as it goes up the stairs and then to run along the wall to Big Boy's bedroom door.

The reason we chose these two boarders was because it has the colours we are using in the hall, although to be honest I'm not a floral fan really. The red that we are painting the lower part of the walls, matches in with the red of the flowers on the two boarders and it will pull together the downstairs making the house feel like more of a home (I still feel the house doesn't look like a home) and it will give me a project to work on whilst the children are at School.

I really need a project to work on.

What I'd really like is to know before we make the final choice of what to do with the space though, is what would you chose to do in the space? To help you here are some more photos of the space! 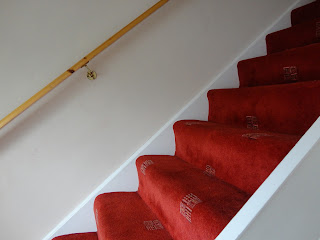 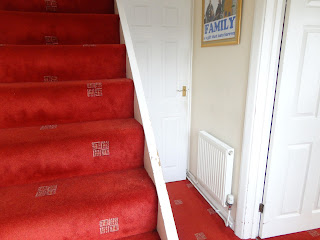 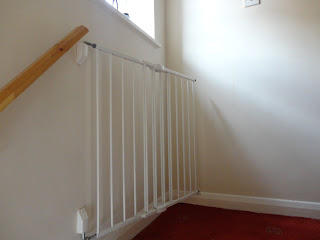 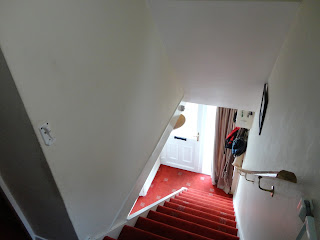 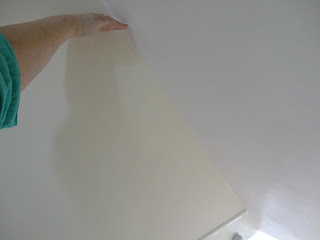