- March 17, 2013
Since Big Boy was diagnosed as being a Type 1 Diabetic (July 13th 2012) we haven't taken the yellow sharp boxes back to the Doctors to be safely disposed of. They are sitting in my kitchen, under the boiler waiting for something. 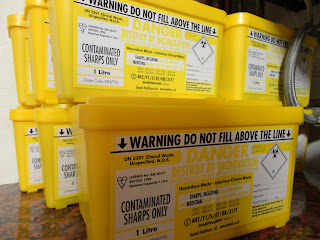 They are a constant reminder of how our life has changed and yet they just sit there. Full of needles that have pricked my sons skin. 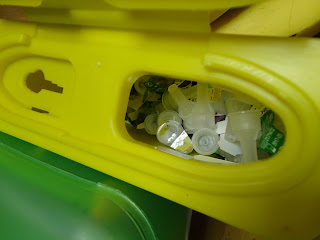 Since Big Boy was diagnosed as being a Type 1 Diabetic he has had at least 1080 injections, he has had at least 3570 blood tests. My little baby has bruises across his thighs and belly and his bottom from where we've accidentally hit a blood capillary with his tiny needles. 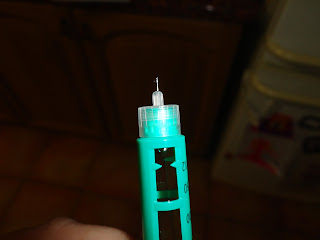 I want to know there is a cure.
Diabetes Family Life