You haven't forgotten me have you?

- March 11, 2013
It's been so long since I've blogged about mine and the children's lives that I'm pretty sure you might have forgotten about me. Just in case you have, I thought I'd remind you of us by letting you know what's been going on in our lives for the last few weeks. 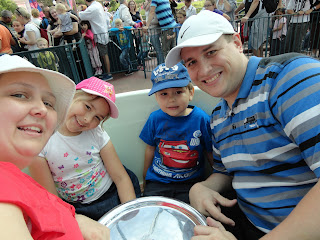 I'll start with me.

So February had me being ill. Nothing new there, since Big Boy has started School I've been ill a lot as he's brought home so many germs that for some reason have decided to plague me! My right ear drum burst and it's not until my birthday that I should have my hearing fully back because that's when my ear drum should have regrown.

I'm still looking for a job, I want to have something to do at home as I need to be around in case Big Boy needs me at School (Could you see a job letting me go out to give BB an injection if there is nobody at School to do it or to vanish at a moments notice because his blood sugars are high or low or he's been in hospital) and also I kind of love being at home doing the chores and doing the School Run!

I've not been to the gym since the start of February, but I've been making sure to walk a lot to make up for being so rubbish. With having been ill I hadn't wanted to go, but I will be getting back into my routine soon.

I've stood for nomination as a Parent Governor at the Children's School as I want to make a difference and make our School great, but it's made me realise that even if I'm not elected that I want to give back more to the local community and so it's given me some food for thought on how I can do that.

Top Ender has been adorable for the last few weeks, she is trying really hard to be considerate (something we had to have words with her about) and whilst her bedroom tidying skills are still leaving a lot to be desired she is trying to help where and when she can.

Tops has been reading a lot, Daddy and I are both rather pleased that she takes after us as we both read a lot when children, and she has discovered that the book suggestions Mummy and Daddy makes are actually good suggestions that she'd enjoy!

Big Boy has been enjoying School, despite his protests on a Monday morning that he doesn't! We're amazed at how great he is getting on as everyday his skills seem to jump to a new level. His writing is great, his reading is amazing and he is taking after Top Ender with his Math skills.

Big Boy is doing really well with managing his Diabetes. He is so great at telling us when he is having a Hypo or a Hyper and is getting really fast at preparing his needles for his injections, although we still need to work on a bit of hand washing practice.

Daddy is doing great too. He's working hard, being the best Daddy and husband he can be and generally being lovely! I'm sure that I could say more about him, but I haven't really seen him for the last month with me having been in bed for most of it!

We're a normal family and glad to be sharing our lives with those who want to read and share with us.
Family Life