Cakes, Biscuits And Even More Goodies!

- April 08, 2016
Before Christmas, Big Boy got an Annual which had a Cake recipe in it. I had promised BB that we would make this cake, but with Christmas and the indulgent goodies that are associated with it in our home it was agreed that we'd wait a bit longer.

So we waited a bit longer.

And a bit longer. and before we knew it, it was March and we still hadn't made the cake. BB got a little impatient and so he decided to change tact and instead of asking me if I would make the cake with him, he approached Daddy and they agreed to make the cake. 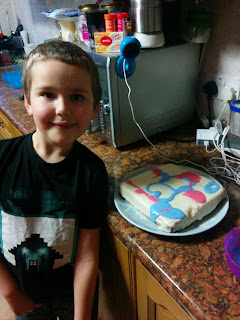 BB was so proud of his cake, and I was rather disappointed that I couldn't eat any, especially as they didn't make the cake gluten free and Daddy couldn't eat any of it either. Both BB and Top Ender ate the cake as a treat, as pudding, as a treat in their lunch box.

Look, we just needed the cake to be eaten!

The next week, Top Ender decided that she wanted to make some cakes. So she and Daddy went to work in the Kitchen creating some Gluten Free Chocolate Cupcakes for Easter and some gifts for our family. 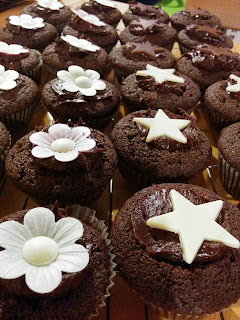 Luckily I'd had a delivery of some rather lovely Baking goodies from Wilko's and so Top Ender and Daddy got to break them in. 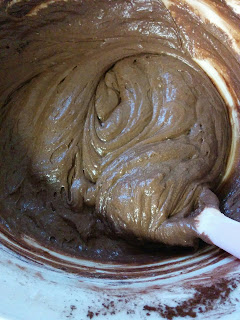 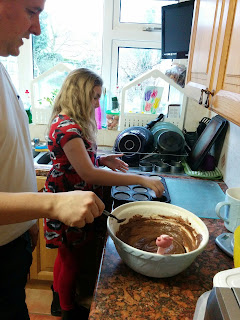 I love the giant mixing bowl, it reminds me of the sort that my Nan used to have (and Daddy said his Gran had one too!) and Top Ender said that she is sure that it was infused with magic as there were no arguments between her and her Daddy whilst baking!

This time I was naughty and on Easter Monday, I had a cupcake. Again we were trying to get them eaten because we were going away. I can confirm however, that they were delicious!

Then, the weekend of General Conference, whilst I was sequestered away upstairs using the Marie Kondo method of cleaning in the master bedroom, a faint smell of Christmas wafted up the stairs.

Daddy had decided to make some Mince Pies, apparently forgetting that it wasn't Christmas and that we'd just celebrated Easter. The Children however didn't care and gleefully tucked into warm mince pies with cream after their Sunday Roast.

This time I didn't have one. I know that Daddy's Mince Pies are amazing, but I have weight to lose people!!! 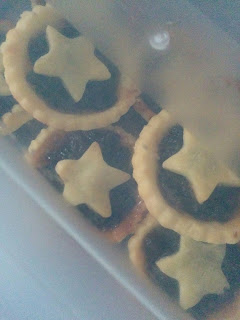 I knew that it was going to be my turn to make something the following weekend, and I was excited as finally I'd get a turn playing with the new Baking equipment.

I decided to make a few things. I made some Shortbread Cookies and Gingerbread people for the Children and Daddy. Actually the Gingerbread people had originally been for the lovely friends on my Visiting Teaching List, but they were a little erm "crumbly" and so I didn't want them to arrive at my friends homes with their heads missing! 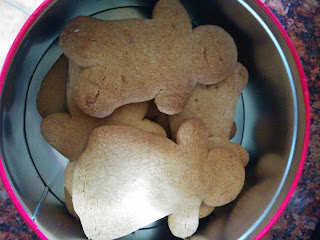 Everyone loved the treats and as long as Daddy wants to bake with the Children every Sunday, I think we have a new Sunday tradition.