- April 20, 2016
So yesterday I posted an update to my Energy Consumption Lagom living journey and I was feeling pretty smug. Today it is about the Healthy Eating and Growing our Own Food challenges and well, we're not so smug now!

The year started off great. We got three little greenhouses to house our seedlings and herbs and "stuff" and they just about fitted on the Kitchen windowsill. I moved some Basil, Chives and Mint into one of the Greenhouses and within a few weeks my kitchen was filled with tiny annoying flies.

I really didn't know what to do so I asked a friend who suggested I put the little mini green house outside for a few days. Allegedly it would kill off the flies and dry out my compost/soil mix to stop them coming back. Wouldn't you know she was right?!

The only thing was, it also killed my herbs because we had an overnight frost. 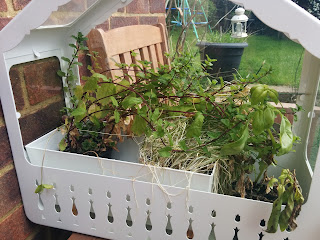 So, on the growing front we're doing rather badly.

Actually scratch that. I had a half hour spare, so instead of just ignoring the "GARDENING" written on my "This Week I Can:" list I decided to get out there and do some gardening.

I made up some Soil (I can't bring myself to call it Kokosnot). 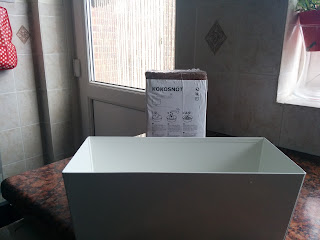 I planted the herbs in the little "party cups" and should see results that mean I can eat from these in the next ten weeks or so! 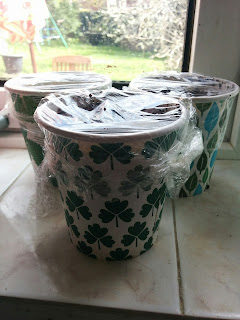 I made up one of my lovely Ikea Planters (even if I didn't realise it was supposed to go this way up to start with, Sssh! Don't tell anyone!) 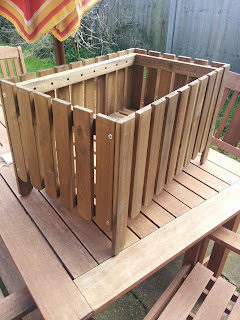 Put in two planters (Ignore the very wet one, it's an optical illusion) and planted onions in them! 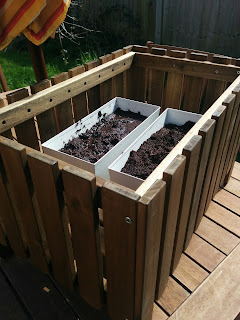 It's giving me great joy when I'm doing the dishes now too, I can look out the window and watch my Onions soaking up the sunlight! 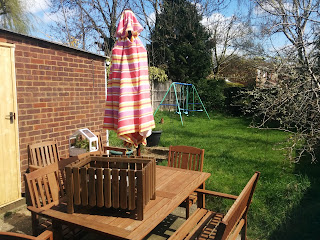 I've also messaged my husband that this weekend I need him for some manual labour so we can get the Driveway area cleared of the shingle!

What about Eating Healthy?


With regards to the Healthier Eating side of things, I've also been fairly lax. At the moment it is mostly, just the Children eating. Yes, we did do a month of fish (which was really healthy) and altogether we are making better choices, but because I'm generally not eating because of my participation in the Cambridge Diet I'm not making the best healthy choices for the family.

Although, Daddy does make Popcorn for him and Top Ender to eat when they watch a movie so it is better than the pre-popped stuff.

Oh and we did get some great pots which Top Ender has been using in her Food Technology lessons at School. 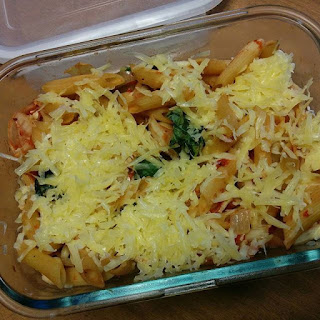 Again, it seems that we're doing what we're supposed to be doing doesn't it?! Healthy Choices, some growing going on and maybe I can be a little smug about these two resolutions that we made.

Don't forget you can follow along both here, on Twitter and on Instagram to see how I'm doing and use the hashtag #LiveLagom to find out how everyone else up and down the country is getting on too and lastly, if you make some changes based on what you read over here, let me know how you are getting on!
Family Life Food Live Lagom Making A House A Home