- April 19, 2016
I was at a Friends house the other evening, and as it got darker we turned on the living room light. As the energy bulb slowly warmed up and slowly gave a pool of light barely bigger than the light shade I couldn't help but notice how used to my LED Light bulbs I had got. No waiting for the warming up and the light slowly becoming to a level where it was usable, just Bam! Instant light when I need it. A very brief conversation was then held with my friends about the wonderful light bulbs from Ikea and I realised that I hadn't updated the blog with my Lagom lifestyle of late, which is terribly remiss of me!

So, the small things that we changed straight away have already made a big difference. 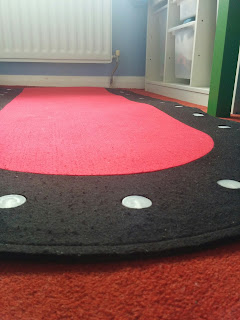 The light bulbs of course as I just mentioned and the rug in BB's bedroom have both led to a slight lowering of our Electricity bill. Which, you know is nice seeing as how energy prices will continue to rise.

The extension leads with the USB sockets built in have actually not led to us being more economical with our Electricity use, now instead of turning off plug sockets when we aren't using them they are being left on all the time as our old extension leads had individual switches. Well apart from in Top Ender's Room, as she turns hers off before she leaves for School each morning. 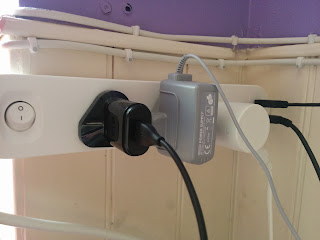 I do think that they look nicer and I am sure that the Ikea Designers will eventually create one with individual switches which we'll then switch to.

Please do this soon Ikea Designers!

The Multi USB Plugs came in most handy when we went to Ireland (Four mobile phones, two tablets and two ipods needed charging) as we were able to use the limited plug sockets in our hotel rooms to charge all the devices that required it without having to unplug the TV or Kettle!

Oh my gosh, I sound so English. I was worried about unplugging the kettle!

The timer in the bathroom is honestly the best thing I purchased. 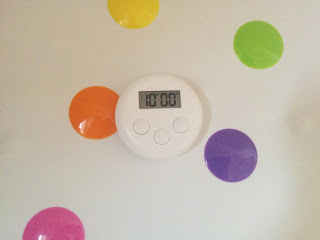 Top Ender used to take the longest showers in the world and even when we were standing outside the bathroom door banging on it telling her to get a move on, she would say something like;

"But I've not washed my hair yet!"

And we'd look at our watches and groan.

Then one week, Daddy and I were watching a TV programme (live for a change!) and I announced in the next commercial break I was going for a shower. I managed to get downstairs, grab my towels, get undressed, put my clothes in the wash box, use the toilet and get in the shower where I showered and washed my hair and got back upstairs all before the TV programme came back on.

We pointed this out to Top Ender and suggested that maybe she could try to cut her showers down to Ten minutes and to help her she could use the timer. And if after ten minutes she was in the shower still we might erm, turn on a tap in the Kitchen that could possibly cause the shower to suddenly run cold...

Yes, we are that evil.

And guess what? She's down to seven minute showers now!


As you can probably tell, we're pretty pleased with ourselves and with the savings we're making. I think this is mostly because the changes were so little that they don't require any expert help and any family could make the same changes we have and see the same savings.

However, I'll post again this week on the other two challenges we set ourselves. We might not be quite so smug there!

And remember you can follow along with my journey both here, on Twitter and on Instagram to see how I'm doing and use the hashtag #LiveLagom to find out how everyone else up and down the country is getting on too and lastly, if you make some changes based on what you read over here, let me know how you are getting on!
Family Life Home Improvements Live Lagom Making A House A Home