- April 16, 2016
Over the last week, I've gone back to creating lists of jobs to do during the day. I used to do this a lot, writing down jobs and scoring them off when done is strangely satisfying and almost makes up for the fact that I don't always get to the end of my list before the next day and so my list of chores keeps getting longer and longer! Anyway, the reason I'm telling you is... I actually don't know. I've lost my train of thought.

On with the meal plan.


Yes again! Daddy didn't get any last Saturday as he wasn't feeling too good and wasn't eating. Top Ender and he shall once again have the meal and Bb is going to have to tell me something that he would like to eat.

I have a feeling he'll pick Lasagne or Chicken Nuggets, cos I know he oh so well.


It's the traditional Sunday meal in our house. I'm thinking we'll go Chicken again because it's nice and I prefer the smell to Sausages.

Not that I'm eating it because I'm sticking hard to my Cambridge Diet this week. Sob.

Top Ender, loves these Muffins and she often asks me to make them but I don't.

However, BB has recently started saying he wanted me to make the muffins too so with two children demanding I make them I guess I'd better!


I can't remember what the "proper" name for this is, but my Mum used to make it and so does my Sister. It's like a white sauce and it all mixes together and it's lush and yummy and... well at least in my memory it is.

Hopefully, it won't be so bad that the Children refuse to eat it and they too will look back fondly on it in the future.


I guess this is a really boring meal if you look at it like this, however it's not. I'm going to rub some bread with garlic cloves, drizzle with some oil and then grill before covering with the Sardines and some slices of tomatoes and red onion.

It'll taste lovely and look lovely and the Children will eat it because they'll love it. (I'm telling myself that so hopefully it will be true!)


Yes, this is basically Jacket Potatoes with mince on top, but Ssh! The Children think it's fun because it's "upside down"! 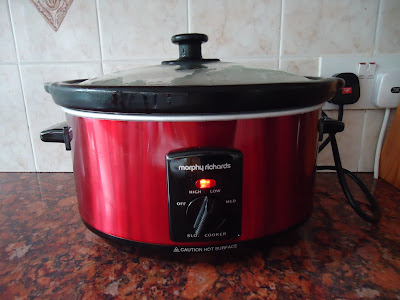 I'm going to be smart and have two slow cookers going. One for the mince and one for the jacket potatoes. This way, I can serve the portion for BB and Tops when they need it, but keep it warm for Daddy when he gets in later.


I have some Hake in the Freezer, so I figure if I defrost it and pan fry it, I could create a lush meal for the Children and Daddy to share.

As it is Daddy, I figure if I add


So that's what we have this week, how about you?
Family Life Food Main Meal Meal Plan