Let Me Brag A Second Okay?!

- October 22, 2019
When Dan Jon was first starting at his senior school, there was an assembly for his house, where they explained about a few different opportunities available to the students, including being Sports Captains and House Captains and the process of how the students should apply to be considered.

Dan Jon was rather taken with the idea of becoming a House Captain and so wrote a letter to the Head and Assistant Head of House to support his application for becoming a year seven House Captain. I didn't actually know he had done this, until after his application had been given to the Head of House, so I had no input into what he wrote and really, I have no clue what his letter said other than what Dan Jon half-remembered later. 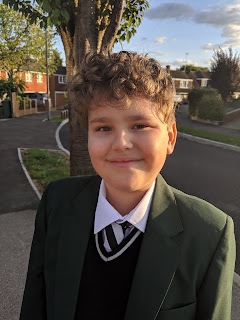 Dan Jon believes that he wrote that he was hard-working, that he was kind and that he wanted to be a role model for other students... but he isn't sure. He thinks he may have mentioned that he wanted to be considered because it would be a good opportunity for him to make sure that all students were included, but again he wasn't sure and I have no clue! He actually joked with me that for all, he knows he could have written that he would give the Head and Assistant Head of House fresh baked cookies each week if he was picked!

A couple of weeks after Dan Jon had placed his application with his House leaders and the Assistant Head of House asked to speak to Dan Jon after school one evening.

Dan Jon was delighted to find out that he had been picked to be a House Captain, and now proudly wears his badge on his jacket each day. 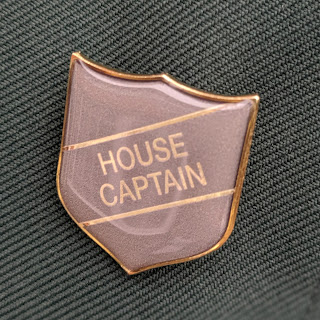 I am so proud of Dan Jon, but guess I may have to check with his House leaders that his letter didn't contain a fresh-baked cookie bribe that we're going to need to make good on!
Family Life School