Hello, Daddy here! Another not-particularly-wordy post, just wanted to show some pictures from a great trip we had at the start of the month to the extremely posh One Aldwych Hotel in London's Covent Garden at the invitation of Tesco.

The event was for Halloween - yes, we know that's not for another month but the real reason was to show us the wide range of Tesco Halloween Costumes and attend a special screening of Monsters vs Aliens: Mutant Pumpkins from Outer Space, which has just been released on DVD. 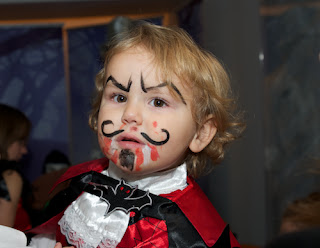 A fabulous team of face painters gave Baby Boy a real vampiric look to go with his costume... 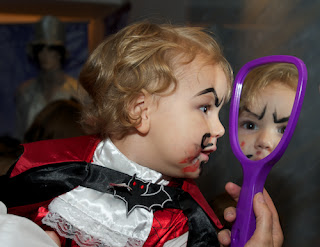 ...but as we can still see him in the mirror, we're satisfied he's still just in training! 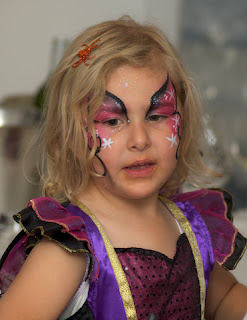 Top Ender was a witch. No, that's not fair - she was really well behaved! 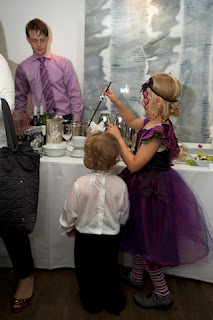 Food and drink were laid on for the 25 or so guests, although Baby Boy and Top Ender were most interested in the spooky straws, complete with dancing skeleton adornments. And big kudos to the serving staff, who took the time to consult the chef for me to identify what was Celiac-safe. 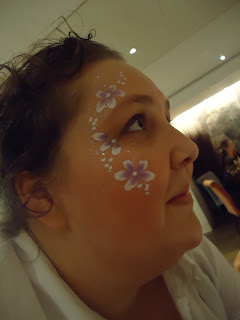 Even Mummy got in on the act. Although, by not removing the face-paint before we set off home, attracted some admiring stares from tattoo-lovers on the Tube! 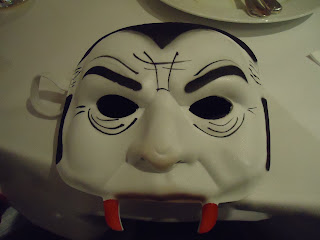 Baby Boy's mask - which for a child that won't even wear a hat was going to be a real task. But at least we got to keep the costumes (including some for me and Mummy), so we can try again! The Tesco range is very wide, and well priced - just watch out for those face-paints on anything white! 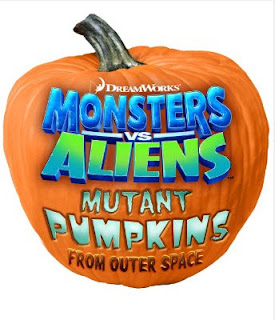 The movie was great - not too long at just over 20 mins, so fine for even a two-year-old to sit still through. Although Mummy and I enjoyed the pop-culture references more than the kids, there are plenty of laughs and nothing too scary.

So a big thanks to Tesco for our invite to the event, and the sweets in the goody bag were most appreciated on the way home. The pumpkins we carved made it home in one piece, but I think I might have to try and "lose" the little bottles of fake blood!