- October 25, 2010
In September our beloved Disney Store in Milton Keynes shut it doors. Top Ender and Baby Boy (and me!) love The Disney Store and we have quite often been found wandering around, mouths hanging open at the new Stock. I liked our old store as I was able to recognise most of the staff and they knew me as the "Crazy lady who knew all the songs that they played and who once danced and sang with her children to the Phineas and Ferb video". See its not just you who knows me as the Crazy Lady. 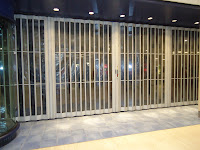 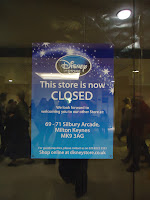 We knew from some friends that a new store would be opening, unluckily we weren't on the guest list. I have however been able to borrow a few pictures from the official opening, so thank you Sandy and Disney for these! We didn't mind not going to the official opening (sob sob) as we knew that we could go to the new Disney Store at any time, seeing as it is only about ten minutes from our house! So we all jumped into the car one Saturday and drove to The City (that's what us locals call the Milton Keynes Shopping Centre!). 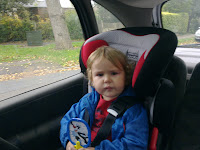 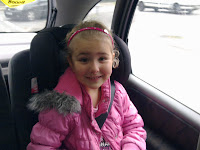 The new Disney store, is just a short walk up the Shopping Centre and at first glance appears to be much smaller than the original site. The store was proving to be popular and was packed with people all wanting to see the new store and to buy merchandise. The first thing that struck Daddy and I were the clever projector trees, which had Disney Fairies projected on to them. As we are big Disney Fairy fans, we knew who each fairy was and were quite pleased to see that all our favourites made an appearance! Trying to capture them on  the camera on my phone was tricky, but you can see Fawn in one of the snaps I took! 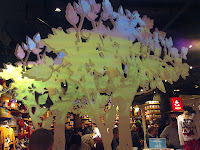 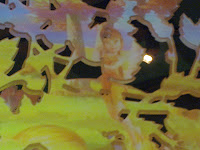 The one thing that I always love in Disney Stores is the Sparkly Floor and I wasn't disappointed, with a huge path cutting its way through the store, leading visitors from the entrance to the Grand Pagoda at the back of the store. 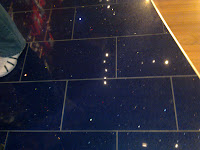 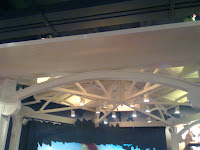 When I was younger it was always a toy mountain at the back of the store in front of the huge TV screen and it was nice to see that this Pagoda is somewhere a little more practical, as it is an area that the children (and young at heart adults) can enjoy the video wall and there was some colouring going on when we went too! There is also the fantastic Mickey Mouse Clubhouse replica at the back there, which I did not lose Baby Boy and Top Ender in for a few minutes... (Okay I did but don't tell Daddy okay!?) 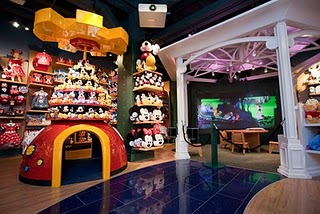 As is normal for Disney there are hidden Mickey Silhouettes around the store and I am sure that Top Ender and Baby Boy will love hunting them down when we next visit the store. I did only spot one whilst we were there, but as I mentioned there were a lot of people and so there wasn't much room to just stand in awe! 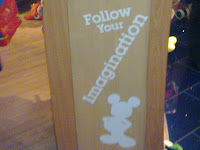 It really does seem that this new Technological advance store, is making a real effort to keep in touch with its use your own imagination roots, with even merchandise stands being decorative. There is a "tiered fountain" which a carved Mickey and Minnie stand atop of. It was a nice touch that made me quite proud to be a true Disney fan. 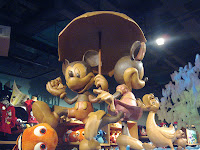 Top Ender of course was in love with the Princess castle at the front of the store, in fact all the girls seemed to be hidden in there, with a lot of bemused parents standing behind the clever video mirrors that can only be activated by waving a magic wand in front of the screen! 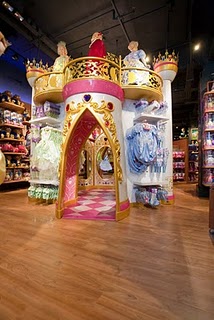 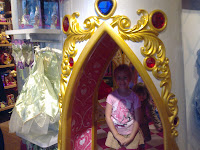 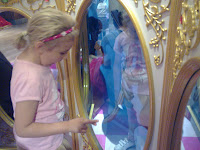 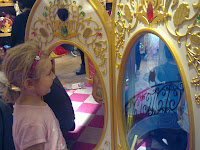 You can see what Disney are up to on either their Facebook page or their Twitter Stream or you can just ask me to go and shop for you!
Free Days Out