- August 31, 2013
I didn't mean to stop Meal Planning over the Summer Holidays, but with the budget being super small I thought you'd get bored of seeing every other meal being Beans on Toast and an increasing dependence on eggs!

We were back to School this week and so the Meal Planning has started properly again, instead of the scribbled note on the fridge that we've been consulting during the holidays.

The only difference is, I'm now planning meals for Big Boy and Top Ender in the evening that are low carb (it's okay I'm not going all Gwyneth on you) and then a later meal in the evening for Daddy and I as he isn't back from work until just after 7:30pm.

The weekends though are all about the family time.


We're loving the new Ragu range that we were sent to try*, the meat is already in the sauce so it's easy to heat up and add to your favourite pasta without having to worry about cooking meat to go with it and as it's so quick, it gives me enough time to do something else. Paint my nails was a suggestion, but I chose to hoover the stairs! 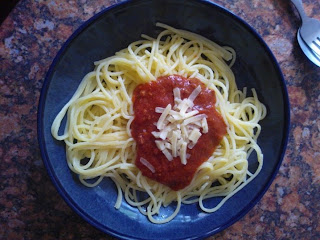 The children have asked for us to have a home Italian Restaurant, so I'm making garlic dough balls to start, having the ragu and pasta for our mains and then we'll tuck into a home made Panna cotta, which I'll blog the recipe for as it's so easy to make.

Oh and Gluten Free Friends, the only sauce that Daddy didn't eat was the Bolognese Sauce with Meatballs as that wasn't gluten free, the other two were.


We swapped over from the usual Chicken to M&S Sausages with the Roast Trimmings (Veg, Yorkshire, sometimes some stuffing and Roast Potatoes). We like the Sausages because they are mostly meat, gluten free and a low price (compared to most gluten free sausages) and it's a lot quicker to cook.


The reason for the low carb is that we've noticed Big Boy was spiking with his blood sugars in the middle of the night, a Vegetable Omelette (something like Broccoli, peppers and onion) is really low in carbs (about 17g with the amount I use of the veg) and so that's enough to keep BB going but also enough to make sure that he is sticking to a low carb diet.

Daddy will be having Stirfry with me :)


During the holidays we were sent a tub of new easy open Spam*, it was brilliant as we all know how accident prone I am with sharp things (I cut my hand on the sink during the holidays!) and the Spam cans were a little dangerous when not handled properly. 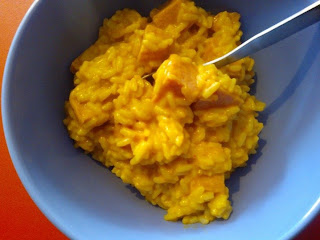 I had ended up making a Spam curry for Daddy and I and the children had Spam Kebabs, which is what I'm making again tonight. All I had done was stick cubes of Pineapple, Peppers and Spam on to bamboo skewers along with Button Mushrooms and Baby Plum Tomatoes.


I know, I know I said that you'd be bored if every meal was beans on toast, but I still have to include it as the children have got quite used to having this as an evening meal!


I love smoked haddock and in an omelette with a little tomato and chives from the garden it tastes fantastic and even better it's so low in carbs that Big Boy could eat this until it came out of his ears if he wanted to. Thankfully he won't be eating that much of it though, as if he did I wouldn't have enough for me to have too!

I'm going to do a main meal of Smoked Haddock and Salad for Daddy and I.


Big Boy quite likes a drumstick of chicken because it's easy to hold and so tonight we're having Honey Mustard Chicken Drumsticks with peas and I'm going to attempt courgette chips/fries so wish me luck!

What are you looking forward to eating this week?

We were sent the tub of Spam and three jars of Ragu to review.
Family Life Food Main Meal Meal Plan